Worldwide, the Barn owl is one of the most widely spread of the owl species. Unfortunately, their habits and appearance, primarily the white facial disk, has lead to these owls being given names that include ‘Ghost owl’ and ‘Demon owl’ and has lead to them being associated with the occult and portrayed in a negative light. This is regrettable for any number of reasons, including the fact that, as with most owls, Barn owls prey predominantly on rodents and thus play a crucial role in keeping rodent numbers in check. The Barn owl is more prevalent in rural and agricultural settings, but it can also occur in the suburbs, although it requires more open space than the Spotted eagle owl and thus tends to frequent suburban areas adjacent to very large park areas and green belts. The ongoing battle between farmers and rodents has had disastrous effects on all owl populations, with large numbers of owls succumbing to secondary poisoning after eating poisoned rats. Luckily, due to the large broods of chicks that Barn owls raise, they have been able to withstand the impact of secondary poisoning to a certain extent, although overall it is probable that no other owl species has been more affected than it. There are many examples of a greater reduction in rodent numbers on farms relying on Barn owls than on the perpetual use of poisons, and this at a reduced cost. For those farmers who prefer a natural form of rodent control, the Barn owl is a favourite. Owls do not call all year round, and they are most vocal just before and during the breeding season. Unlike the soft hoots of the Spotted eagle owl, Barn owls emit a loud screech, which can sound almost like a human scream. (This is probably another reason for the sinister image associated with these owls in the past.) As these owls require more open habitats for hunting, you are unlikely to hear or see them in urbanised settings. For this reason, the best place for nest boxes for Barn owls would be in agricultural, rural or small town environments, although you may be lucky if you live in a suburban setting that is near to a good-sized piece of parkland. 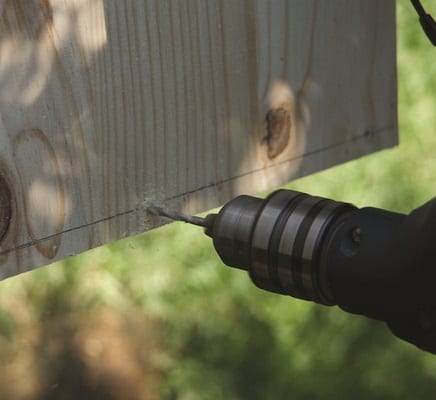 Step 1: Start with the base: drill 4 holes along each edge, 10 mm in, countersinking the holes. 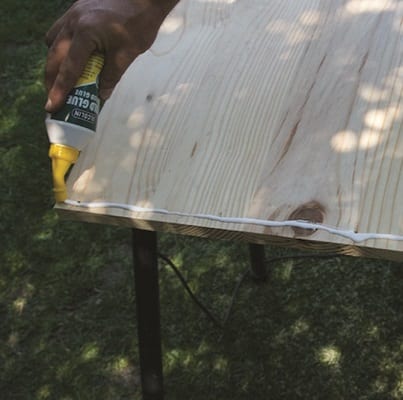 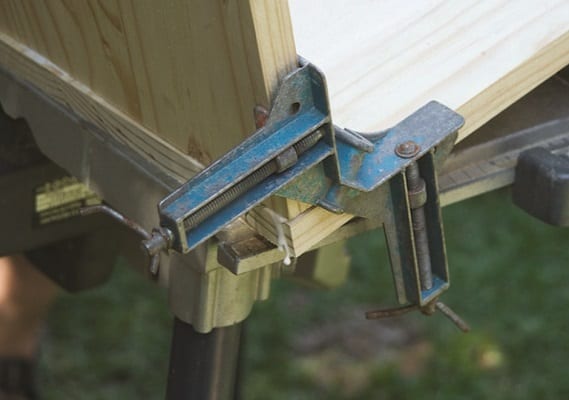 Step 2: Place a line of wood glue along one edge of the base, then place the first side panel in position on the glued area and screw it in place. A pair of corner clamps will help you to get a perfect 90-degree angle. Attach the other side panel in the same way. 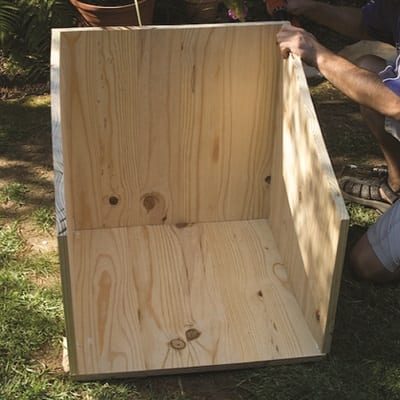 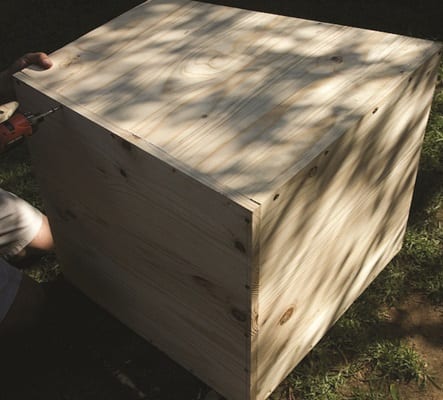 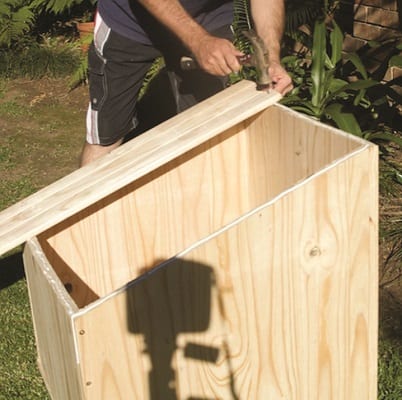 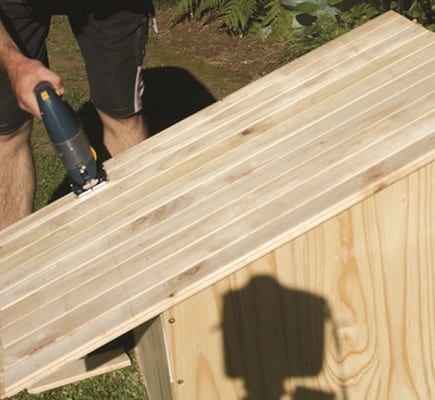 Step 5: The roof is made from tongue-and-groove panelling. Nail the interlocking strips onto the top of the box, leaving an overlap of about 1 to 2 cm at the back and the sides. When completed the roof must only overlap by 5 cm in the front, so use a jigsaw to saw off the extra length. 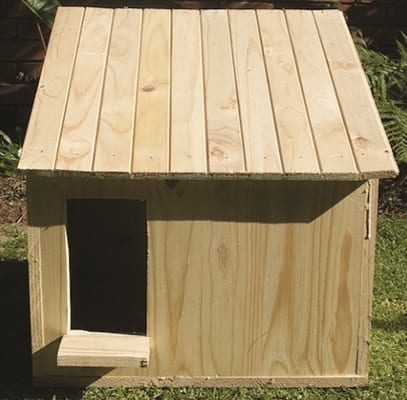 6 The owl box is nearing completion, but still needs an entrance hole and then a perch. Measure and mark an entrance of 140 mm wide and 250 mm high, positioning it about 100 mm in from the left hand edge of the box and midway between the base and the roof. Drill holes just inside each corner of the marked area, then insert a jigsaw blade and cut along the lines. To install the perch, drill two holes, 10 mm below the bottom edge of the entrance, and attach the small block that forms the perch, inserting the screws from the inside.