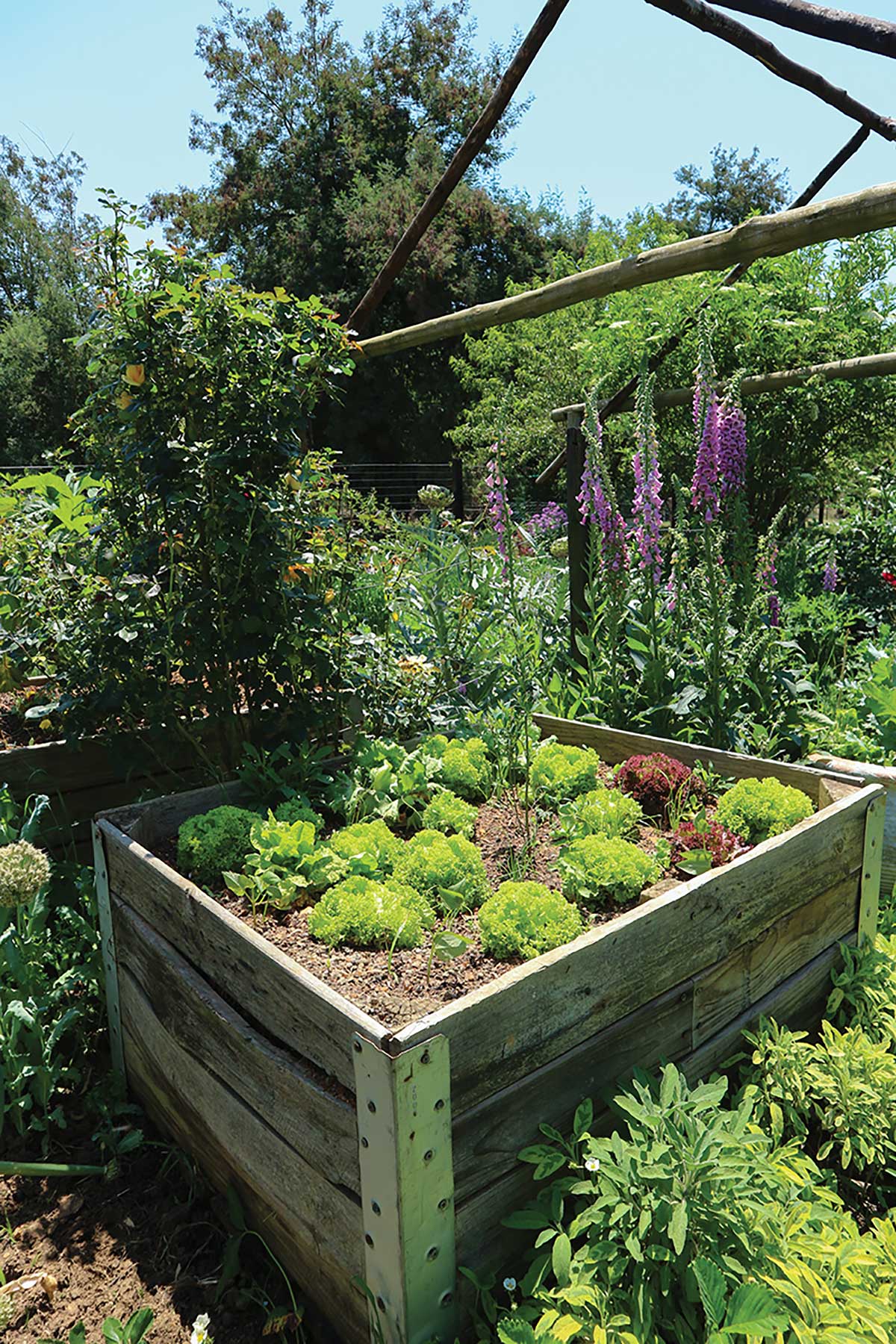 Boxing clever in the veggie garden

Want to make your veggie garden more productive? Raised beds provide better drainage (which veggies love) and a friable mix that makes it easier for the roots to draw up water, oxygen and nutrients, especially in gardens with clay, sand or very stony soil. In areas where it is hard to garden, a raised bed can be made on top of hard surfaces (even paving) where it is impossible to dig, or in small gardens where there is not enough space for conventional veggie beds. It is also a solution for sloping areas.

The greatest appeal of raised beds is that soil quality can be controlled, and weeds kept out if weed-free soil is used. Raised beds also allow for a longer growing season because the soil heats up quicker in spring and is easier to work. In autumn or early winter the bed can be converted into a cold frame by covering it with glass or plastic.

Even in gardens with ordinary soil, a raised bed improves productivity. Mix additional topsoil, compost and organics with the existing soil so that the final bed is at least 30cm higher. Shore up the edges with bricks, stones or other materials to prevent the soil from washing away.

Instead of a bed, make a series of narrow raised rows, with paths in-between. The gardeners of yesteryear shovelled the soil, mixed with extra compost, into gently mounded rows and planted veggies along the top of the mound. It works well if space allows a series of rows. Don’t make the mounds too high or the water runs off.

Make a wooden frame that acts as a box with no bottom or top, and fill it with good quality soil. It looks neat and can even be used as a centrepiece. An entire veggie garden can be constructed in this way. Weed-guard cloth laid on the bottom will stop invasive roots coming through. Use untreated wood, and the thicker it is the longer it will last. Avoid creosote-treated wood, which releases toxins.

Used tyres are a great budget option; they just need to be big/deep enough to provide good depth of soil. Tyres can be placed directly onto the soil or on paving, with weed-guard cloth as a base to prevent the soil from washing away.

Don’t know what to do with an old chest of drawers? Pull out the dresser drawers and fill them with soil. Plant herbs or other shallow-rooted veggies, and even some trailing veggies. It’s neat and rather quirky. Builders yard specials Cement bricks (with a hollow core), loffel stones, and even recycled masonry can be used as retaining border for a raised bed. They are easy to put together. Fill the hollows in the cement blocks with soil for extra planting space for herbs or companion flowers.

Square-foot gardening uses raised beds (usually with a wooden frame), 1m x 1m, which is further divided up into a grid, with each block corresponding roughly to the size of a foot. This provides enough space for 16 different crops, so companion planting and diversity is easy to achieve. The benefit of this bed is that you tend to sow what you need and not over sow, because of limited space. 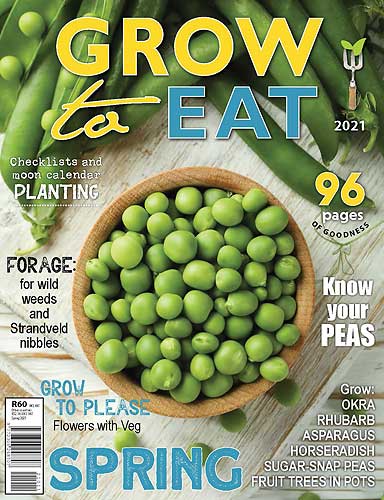