You are here: Home / The Gardener / Die Tuinier / Practical Gardening / Ways to be Water-wise

3 Ways to be Water-wise 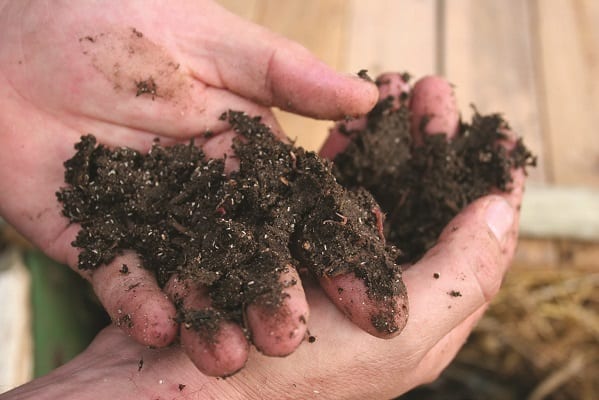 Humus is the dark organic stuff that forms in the soil when plant and animal matter decays. It can hold many times its own weight in water, so increases the water-carrying capacity of soils, particularly sandy ones. It also prevents nutrients from being leached out of the soil. One answer to the long, dry summer months ahead is to feed your soil with all your waste. If you’re in doubt as to whether your household waste is really good soil food, ask yourself: Was it once alive? Will it rot? If the answer is ‘yes’, then bury it, mulch with it, add it to the compost heaps, feed the worms (start a worm farm) and create life-giving, water-saving, nutrient-catching humus. 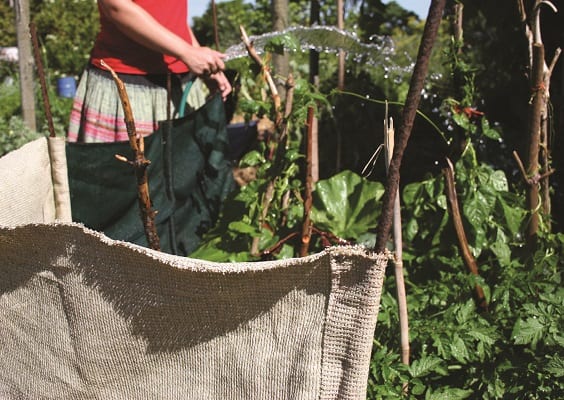 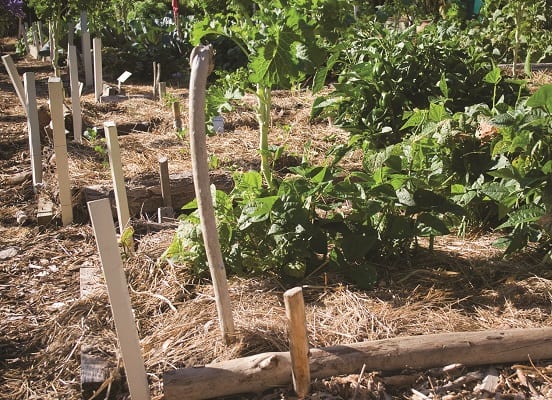 Unless your plants are still very small and their roots are shallow, it is fine if the top few centimetres of soil are dry. However, if you poke deeper into the soil and it’s still dry, you need to water. Crops have different requirements and some, like celery and lettuce, always have to have moisture close to their roots. Others need to have extra water at specific times. Soya beans, for example, need more water when they are setting pods. Mealies need a lot of water. New Zealand spinach copes well with drought conditions. Water deeply so that the soil is moistened to at least 30cm. Shallow watering leads to stunted root growth, which ultimately affects the health and well-being of your plants. Water at the cooler times of the day, in the evening or early morning to reduce evaporation rates. Watering in the morning decreases the risk of mildew.

Try trickle irrigation with a plastic bottle, set about 20cm into the soil between plants. This waters the plants by the slow-but-sure method that they prefer, so the soil is never dry, and never soggy. With a hot needle, make small holes in the bottom of a 2-litre plastic bottle, fill it up with water, screw the lid on loosely and then bury it. This is a good method for watering tomatoes, pumpkins and other members of the squash family that are prone to mildew attacks.

TRY NOT TO WATER ON WINDY DAYS
And when all is said and done, the most important thing of all is to mulch, mulch, mulch!

Crop rotation is particularly important in the vegetable garden when it is being used on a ongoing basis, particularly when you have a small space and need to grow a variety of crops for your health, and that of the soil. If one crop is grown continuously in one spot, a number of pests and diseases will build up in the environment, and nutrients required for that crop will be reduced. The crop will get smaller and more diseased as time goes by. 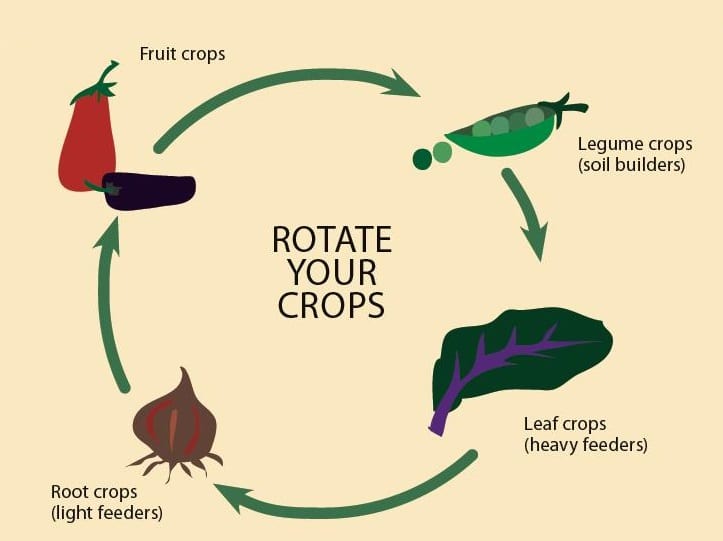 Bear these points in mind

Control caterpillars naturally
Diatoms are algae that have cell walls made of silica. Diatomaceous earth (diotomite) is a grey, powdery material made up of the 30-million-yearold shells of these microscopic waterplants. These silica cell walls (‘skeletons’) are almost like little glass houses. When alive they float on the surface of water bodies, playing an important part in food chains and webs. When they die, they sink to the mud at the bottom where they decay, leaving behind the glassy shells, which last practically forever.

Powdered shells dusted onto plants and soil act like a million tiny razor blades, scratching the skins of soft-bodied insects such as caterpillars, which then dry out and die. Diatomaceous earth does not kill instantly, and has to be reapplied after rain. Earthworms are not harmed. You can eat food-grade diatomite yourself – it helps to get rid of intestinal worms and is not toxic to you, your animals, plants or soil. Make sure, though, that you don’t breathe it in. Horticultural diatomaceous earth is not always easy to find.

Jerusalem artichokes are a perennial member of the sunflower family, and that’s plain to see in mid-summer when they display their brilliant yellow flowers. Plant the tubers in early spring – they are grown for their edible tubers that look like warty potatoes – and you’ll be able to dig out a bountiful harvest in late summer or early autumn. They make the most divine soup and sauces, but watch out because they have a bad habit of creating inexorable flatulence, which could cause embarrassment at the dinner table! They grow in a wide range of soils, from poor to fertile, but prefer a cool growing season. They are drought-tolerant, so add them to your list of climatechange survival plants. Whole tubers, or pieces of tuber, are planted in soil about 10cm deep, about 50cm apart – depending on how fertile the soil is – and in rows that are about 1m wide. The tubers are left in the ground once flowering has been completed and the plants are starting to die down. They do not last well in storage, unlike normal potatoes. One word of warning – if you do not lift all the tubers at the end of the season, they can become invasive.