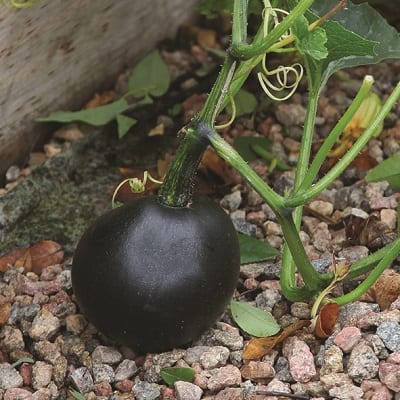 Corn, squashes and beans have been planted together by native Americans for thousands of years. Share in the wisdom of this tried-and-tested agricultural practice

Throughout North and Central America three staples of the diet – corn, beans and squashes – were traditionally planted together because of the special way each plant helped the others, and formed part of a nutritional triad of complementary foods. This living heritage is one of the most elegant examples of companion planting, a practice followed by all in-the- know modern food gardeners

How to do it

1.Set out 2-3 rows of circular mounds of well-prepared soil, each one about 50cm in circumference, and about 10 cm apart. You should have at least three mounds per row.(Remember, sweetcorn is wind pollinated, which is why you need a block of it, planted in rows.)

2.In each alternate mound, plant four sweetcorn kernels equidistantly, about 30cm apart. Stagger your sweetcorn mounds in each row.

3.When the sweetcorn seedlings are 15cm high, plant runner bean seeds around them, in the same planting mounds. Beans and squashes grow faster than sweetcorn, and you don’t
want them to smother the young plants.

4.In the vacant alternate mounds, plant squash seeds at the same time as you plant your beans.

How it works
The sweetcorn will create natural ‘poles’ for the runner beans to climb up on, and the beans will return the favour by helping to anchor the corn so it survives strong winds better. Meanwhile, the squashes will cover the ground and form a living mulch, helping to suppress weeds that compete for soil nutients, and keep the soil moist, reducing the need for watering. All three veggies have the same water requirements too, another way in which the system is perfectly balanced. And lastly, the beans  fix nitogen in the soil, making it available to plants in the following growing season.

A total food package
The native Americans survived healthily on this staple ‘three sisters’ diet because the corn supplies starch, the beans protein and the squashes minerals and vitamins, along with vital oils in the seeds. Is there a more beautifully balanced way to grow and eat your food?