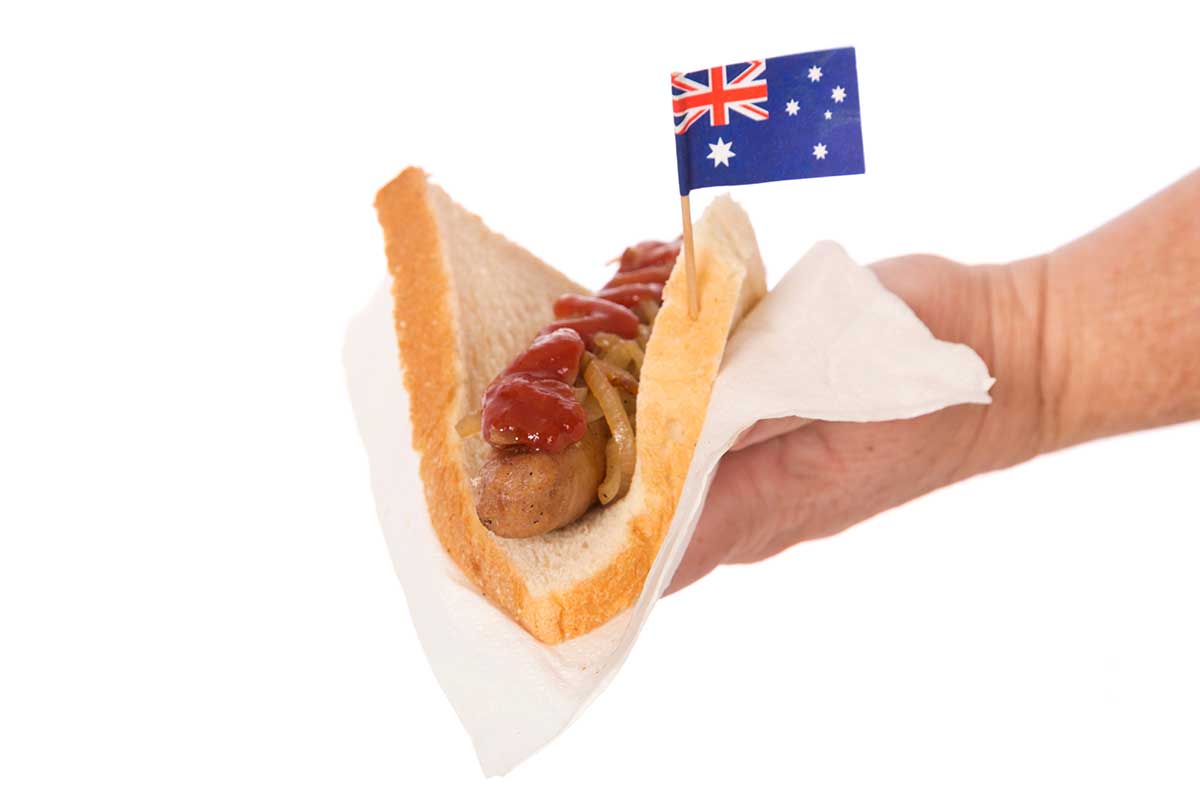 Sausage and bread go together like curry and rice or macaroni and cheese, and every culture has some form of sausage/bread combo of their own, like the Aussie sausage sandwich, as well as a staggering number of toppings that can be added and an interesting number of fillings for the sausage itself.

If you want to know what a traditional Sausage Sizzle is, ask an Aussie. So, we did. This is Aussie Claire McCabe’s account of a sausage sizzle:

From humble beginnings to a symbol of democracy, the Aussie sausage sandwich (sausage sizzle) is practically part of the Australian Constitution. To avoid wastage during World War II, butchers in Australia minced various meat scraps to create sausages. Post war, these humble sausages were largely associated with poverty and the lower class. But by the 1960s the sausage had begun to rise in popularity and soon became the mainstay at charity fundraisers, and the sausage sandwich closed the gap on socio demographics. The genius of the sausage sandwich is its simplicity – a sausage in a single slice of no-frills, unbuttered white bread, accompanied by fried onions and choice of sauce.

Today the sausage sizzle is a unifying, community-shared way of life Down Under. On any given weekend, the air emanating from sporting fields and hardware stores across the country is saturated with the heady aroma of barbequed sausage. On election day, polling stations roll out barbeques to take on the sausage sizzle, an integral part of the voting process. After some of their own were vilified in the press for declining a sausage sandwich or eating it the wrong way, politicians have become acutely aware of the importance of embracing the much-loved, unifying force of the sausage sandwich. So much so that the ‘humble’ sausage has taken on a new name – the democracy sausage! (Word of the Year in 2016)

In 2018, Onion-gate sparked the biggest national debate, making international news. An elderly gentleman slipped on a stray piece of onion from a sausage sandwich in a hardware chain store. The store released reformed guidelines to vendors suggesting the onions be placed underneath the sausage instead of on top, to circumvent slippage. The outrage and debate on social and mainstream media, on the placing of onions, went on for weeks. But as divided as Aussies may be on onions, politics or sport, we are always united by the simple sizzling sausage sandwich, our symbol of democracy!