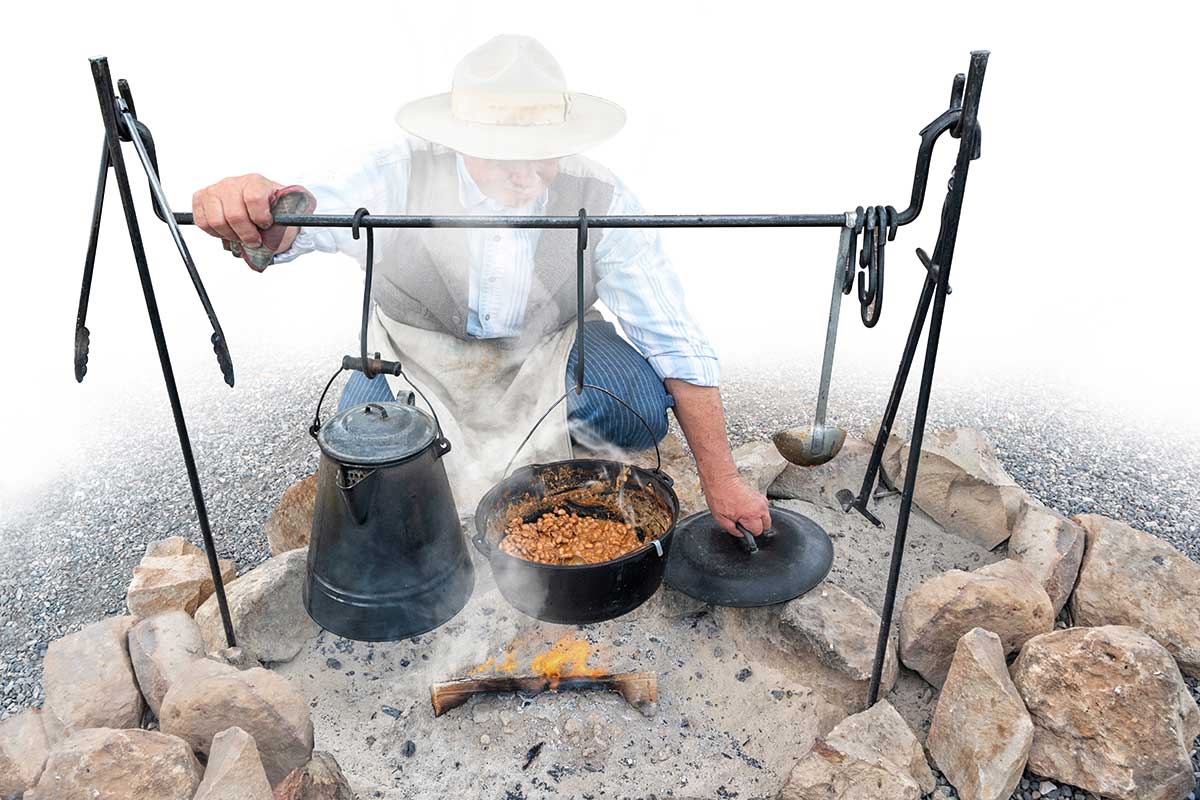 South Africans are no strangers to fire – the braai is a cultural staple. However, 200 years before we were tossing coals around the Weber, cowboys cooked over flames for every single meal. These ranchers developed tricks for outdoor cooking that bring a homey authenticity to campfire food such as real American chilli.

The history of the cowboy

Although associated with America, cowboy tradition actually originated in Spain. The name ‘cowboy’ comes from the Spanish vaquero, derived from the Spanish word for cow. This style of cattle ranching comes from the climates of both areas – sparse grass forced cattle herders to move across large areas of land, creating the classic image of the cowboy on horseback. As settlers expanded west from northern Mexico, traditions merged to produce the quintessential American cowboy. Early movies and television popularised the image and made it synonymous with outback American culture.

Cowboys were always on the move, forced to cook over an open fire and find a comfortable spot on the ground to enjoy their meals. Cowboys ate whatever they could carry with them, until the invention of the chuck wagon in 1866. Texas rancher Charles ‘Chuck’ Goodnight came up with the idea to transform an Army wagon into a mobile kitchen, echoing modern food trucks. Like food trucks, the invention became incredibly popular, adopted by trail crews across the West. Chuck wagon cooking was simple, using foods that are easy to carry and preserve. Using large pots and open flames, these ‘outdoor kitchens’ became the heart of the camps.

For a hearty campfire main meal, look no further than American chilli. This was a cowboy staple, using foods that lasted for a long time and were packed with nutrients. For the best results, cook your chilli over the fire for as long as possible before serving.