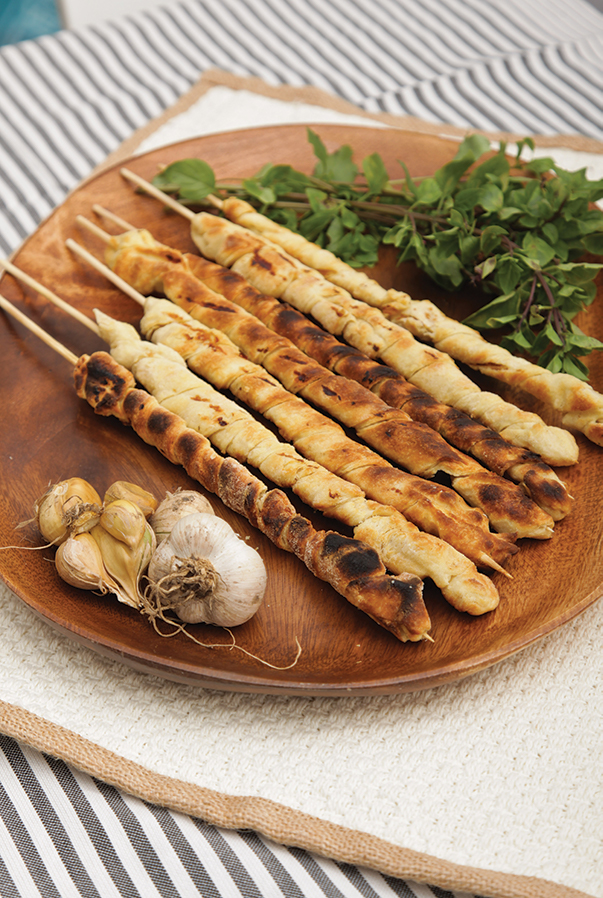 It makes sense that roasting meat on a stick has been around for a very long time. In fact, evidence has been found in archaeological sites that skewers were used in prehistoric times, as far back as around 300 000 years ago. As you can imagine, a nomadic lifestyle made it a natural choice to cut meat into chunks and marinate it for preservation and flavour, then skewer it onto sticks and cook it over an open fire.

Rush forward to medieval times and it is believed that Turkish soldiers gave rise to the term ‘Shish Kebab’ (‘shish’ meaning ‘sword’ and ‘kebab’ meaning ‘to roast’) when they grilled meat skewered onto their swords.

Whether it’s a kebab, skewer or simply food on a stick like stokbrood, you will find the use of sharpened tools to cook with in almost every culture imaginable. In the Orient there is satay, in France there are brochettes, in Portugal espetadas and in South Africa sosaties, given to us by the Cape Malays.

Whatever you want to call it, cooking stokbrood over a fire gives food a great charred flavour and helps to keep little bits of food from falling into the coals.

Mix together the flour, baking powder, sugar and salt. Rub in the butter. Mix together the egg, milk and water and add to the mixture to form a dough. Let it rest for 30 minutes. Roll out and cut into strips 20mm x 300mm long. Twist around a skewer and seal the ends with a bit of water. Braai until done, on a medium-heat fire.