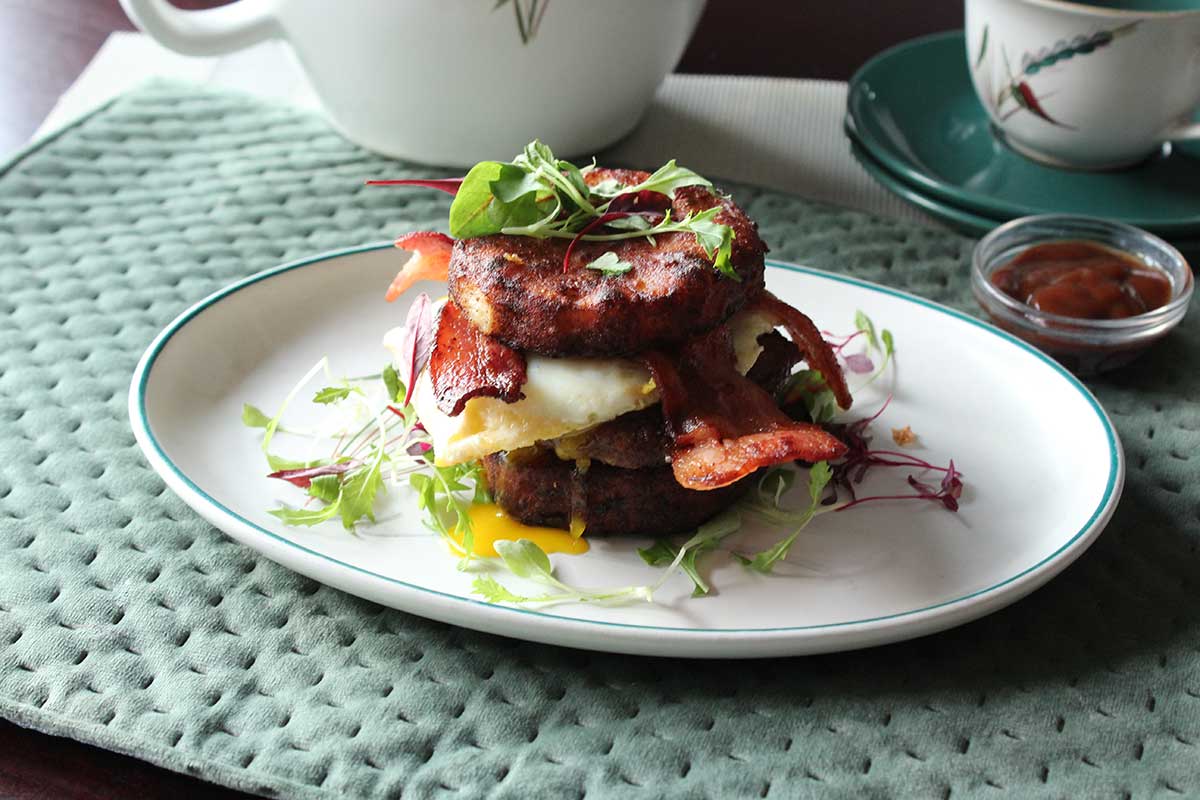 In my opinion, the ultimate breakfast includes hash browns. Not just any hash browns, but the processed ones you get in fast food restaurants. The combination of crispy potato outside and soft potato inside is one of the joys of eating (again, my opinion). In this hashbrown breakfast burger you get TWO hash browns instead of a bun, and the usual breakfast fare of bacon and egg. Serve with HP Sauce. (I was going to make my own HP Sauce but was reminded by a child that HP Sauce is already so good that there’s no reason to make your own.)

Burger patty – use one of the beef burger recipes in this article and make the patties half as thick. Cook on the grill until cooked through.

Stack the burger with a hash brown, burger patty, fried egg, bacon and finish off with another hash brown. Serve with HP sauce.

Hash browns: you need some time for these to freeze; at least a couple of hours in the freezer.

Gently mix together all the ingredients. Place in the freezer for ½ hour to firm up. Roll out between 2 sheets of baking paper until you have a sheet about 1cm thick, and freeze the sheet for an hour or more, until solid. Place a saucepan of vegetable oil on the grill and heat until spitting. Remove the baking paper and cut circles in the sheet of potato, and then drop them into the oil a few at a time. Cook until golden brown and drain on kitchen paper. When you are ready to serve, fry for a second time to get a nice crisp outside.