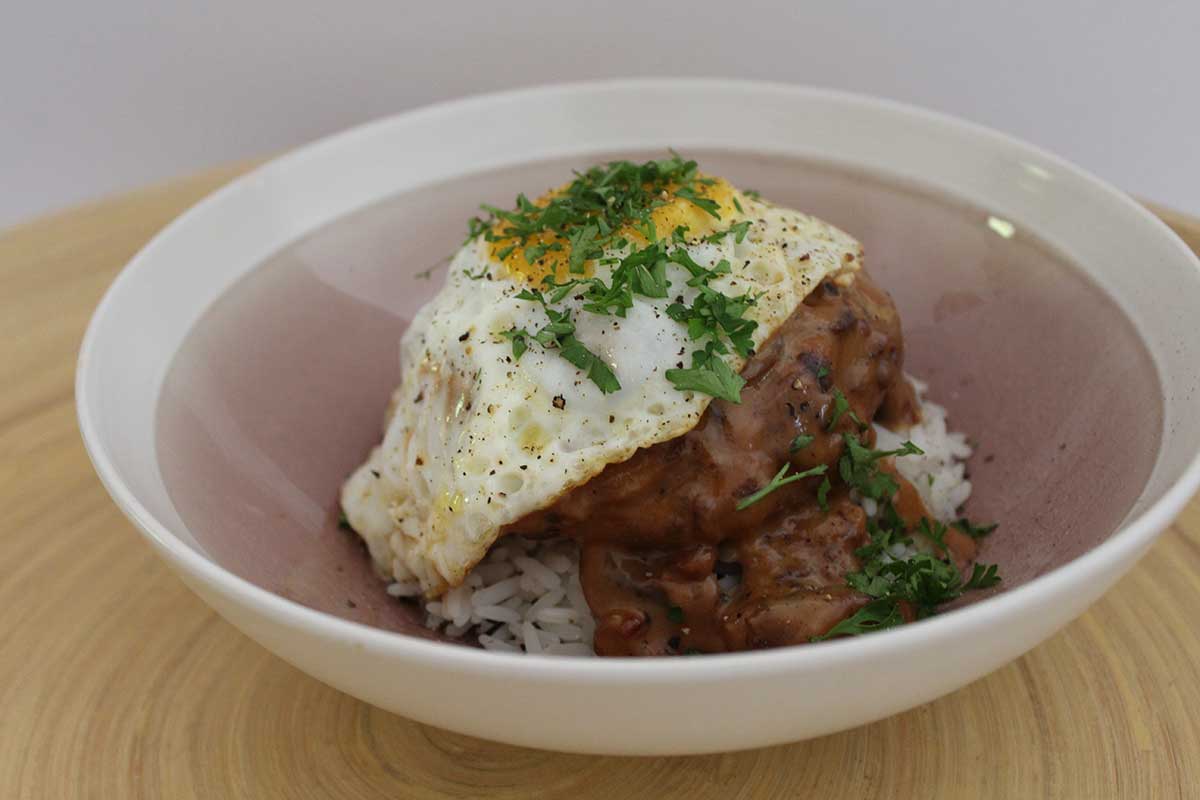 There are many who put their own spin on the loco moco burger, which was apparently invented for teenagers looking for something inexpensive to eat that wasn’t a sandwich. The proprietors of the Lincoln Grill came up with something quick and cheap to make to fill this request in 1949, and the tradition stuck and has been expanded on in the years since. The word ‘loco’ in Spanish means ‘crazy’ and ‘moco’ is ‘mucus’, which turns out to be ‘crazy snot’, but apparently there is no mucus anywhere and the words just rhyme well.

Our Loco Moco consists of a bed of white rice and a beef burger patty infused with oyster sauce, covered in a rich mushroom gravy and topped with a perfectly fried egg.

Mix all the ingredients together and form 4 – 6 patties. Cover each burger in a little olive oil to stop them from sticking to the grid and cook on each side until just cooked through. Finish off the cooking in the sauce.

Set a pan on the fire and add the butter. Add the onions and mushrooms and cook until they are well done. Deglaze the pan with the rum and add the rest of the ingredients. Keep cooking until the sauce has thickened, then add the burger patties and finish cooking. To serve 50g rice per person, cooked in salted boiling water for 20 minutes A fried egg per person Fresh parsley, chopped to serve