Home » The Gardener » 30 Year Celebration for Food & Trees For Africa 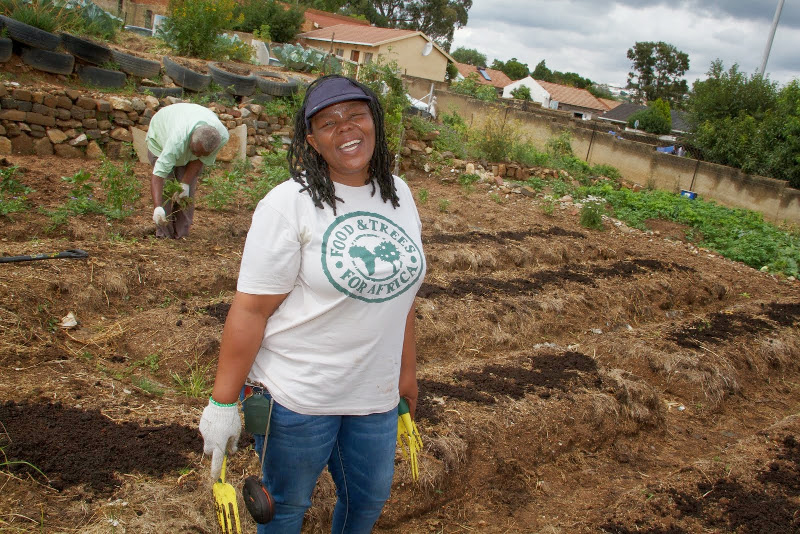 Trees for Africa (TFA) was founded as a Voluntary Association by Jeunesse Park in November 1991.

Recognising a need for action in the face of (what was then called) global warming, Ms Park began fundraising to plant trees in schools in Johannesburg. In a pre-democratic South Africa, tree planting was not recognised as an important issue but with vision and tenacity, Ms Park started our mission with the following core objectives:

• Education and training of learners, teachers and communities within historically disadvantaged communities of Southern Africa.

• Promotion of environmental activities, within all sectors of society.

And so the journey began…

In the spring of 1992, Nelson Mandela officially opened FTFA’s first township greening programme. This was the first project of its kind and sought to redress components of the inequitable land and housing policies created under Apartheid. These trees were planted at homes and schools. Many of them are still alive today. “We must support organisations like Trees for Africa in their work on environmental issues” – Nelson Mandela

In February 1995, Trees for Africa launched the EduPlant Programme, a national schools food gardening and greening programme. The programme was initiated in response to a growing demand from teachers for environmental education. Originally called ‘EduPlant Competition: Growing the RDP’, the EduPlant Programme has undergone numerous iterations and now finds focus on producing healthy food. The project encourages environmental education and awareness, and focuses on the sustainable use of natural resources, while developing skills and building capacity. In addition, many of the projects result in improved nutrition and health – and even allow some schools to generate income.

Trees for Homes was launched in 1999 and is the most successful township, greening initiative in South Africa. Originally designed to address South Africa’s history of inequitable settlement policies, TFH grew to become the country’s benchmark of innovation in urban forestry and environmental rehabilitation.

The Board of Directors took the decision to change the organisation’s name from Trees for Africa (TFA) to Food & Trees for Africa (FTFA) in 2000. This was to reflect the increased focus on food security and the adaption to an increasing demand for sustainable environmental development.

FTFA was instrumental in establishing the ground-breaking Carbon Calculator, providing everyone with the tool to measure carbon emissions, over a wide range of human activities, and calculate how to offset the carbon footprint.

FTFA is a proud recipient of the United Nations Environment Programme (UNEP) Global 500 Roll of Honour for Environmental Achievement.

Chris Wild, is welcomed as the new Executive Director of Food & Trees for Africa. He was a research analyst in the banking, retail and tourism industries until he felt called to practice a more sustainable lifestyle on a small holding in the Eastern Cape. Chris joined FTFA in 2007, when he was approached to run a pilot project in the Amathole Mountains. Within a few years, he was running their food security and urban forestry programmes throughout the province and was appointed the official partner in the Eastern Cape. He firmly believes that action on the ground is where true value is measured. With this ideology and the support of the executive team, he has implemented numerous new initiatives and refocused the strategic direction of Food & Trees for Africa.

FTFA is proudly celebrating their 30th birthday in 2021. Having solidified substantial impact in communities, FTFA launched numerous new initiatives to better serve the needs of a growing South Africa.

• Garden in a Bucket: ‘Garden in a Bucket’ initiative is ideal for people living in informal settlements who have limited space for a garden, involving and engaging the wider community in FTFA’s food garden and greening initiatives.

• Enterprise Orchards & Food Forests: We expanded our Trees for All projects to include orchard and food forest planting for greater fruit production within communities as well as increased opportunities for job creation.

• Market Gardens: The Community Market Gardens programme is an income-producing vegetable production initiative highly suited to the South African agriculture landscape. The programme develops and supports small-holder producers who have passed the threshold of sustainable agriculture but are not yet producing at the scale of a commercial farmer.