Home » The Gardener » Restios have soul and style 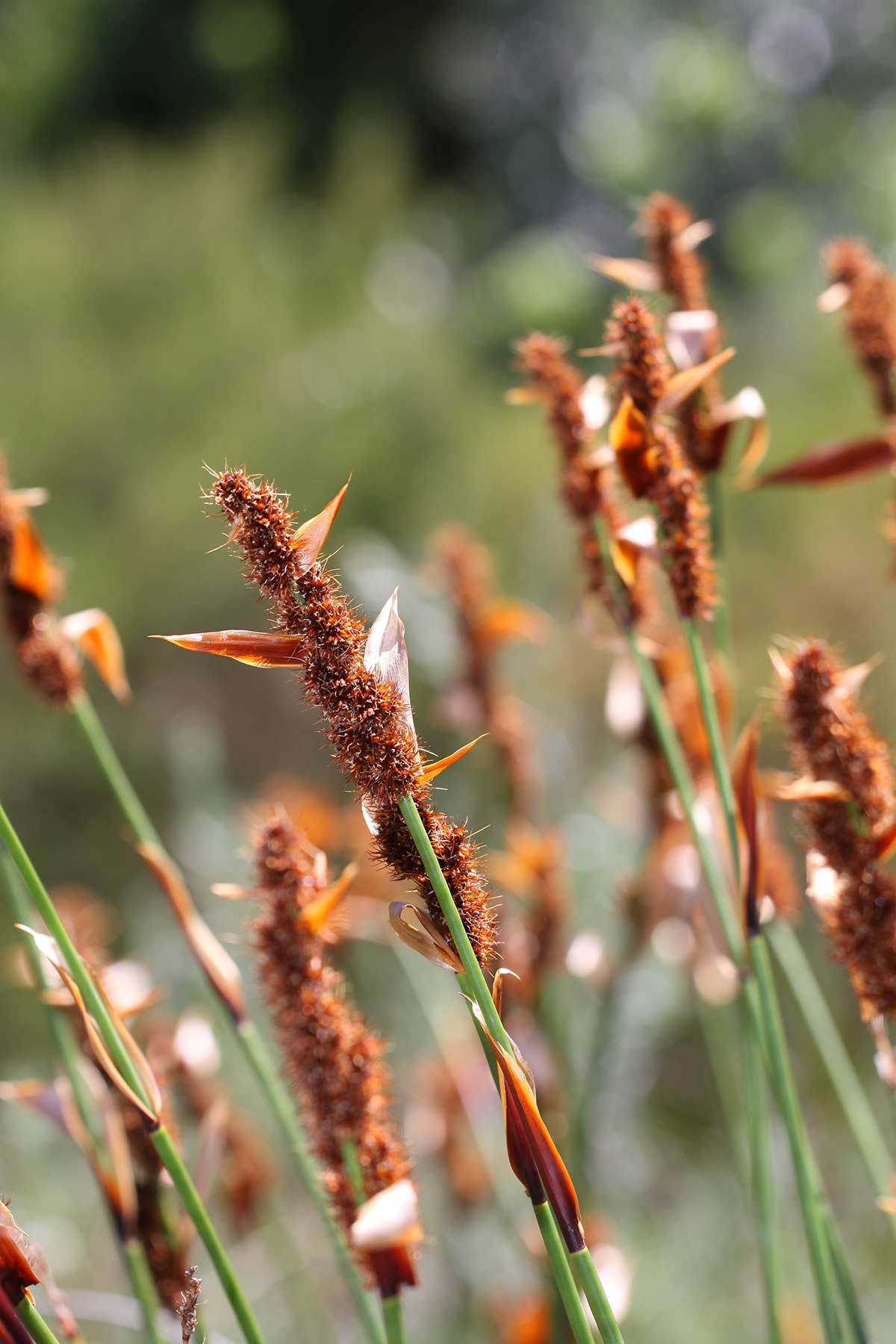 Restios have soul and style

For graceful movement in the wind, turn to the Cape reed family.

If you’re looking for real plant elegance, turn to members of Restionaceae, one of the three main fynbos families. Many of the showiest and most popular species will grow happily in different climatic regions far away from their natural habitat. Another characteristic, which can create confusion and make them difficult to identify, is that restios have male and female flowers on separate plants. But that is not a problem for the gardener, as we will simply enjoy double the pleasure if we can have both sexes.

When clever researchers at the Kirstenbosch Botanical Gardens found out that plant-derived smoke is a natural stimulant to germinate fynbos seeds, and especially those of restios (previously very difficult to propagate!), they did the horticultural world a huge favour. Large numbers of these once difficult to propagate plants are now readily available for us to plant and enjoy.

What do restios need?

The most basic needs for good growth are full sun (although some species can tolerate light shade), sandy, very welldrained soil, ample water when in their active growing season and until they have become established, and good air circulation around the plants. And just like other fynbos species, they don’t like their root systems to be disturbed.

Where to plant restios

Restios create drama and grace in natural plantings or prairie gardens between other indigenous grasses. They look cool in cottage gardens between flowery perennials and groundcovers, and are equally at home in very modern, contemporary garden designs. They look fantastic near water, are the stalwarts in coastal gardens and you can even grow the most graceful amongst them like Elegia tectorum (Cape thatching reed) in large containers.

A gallery of the best

This species is found from Clanwilliam in the Western Cape to Port Elizabeth in the Eastern Cape, and naturally grows in moist, sandy dongas. The plant is however quite hardy against frost and dry conditions and will grow virtually anywhere. It is a fast grower with a rounded, tufted growth habit and can reach a mature size of about 1.5m high, with a spread of 1.5m – 3m.

The reed-like stems are dark green and smooth with dark brown bracts. Slender, compact flower spikes with brown bracts appear in autumn. Thamnochortus insignis (thatching reed) Thatching reed for thatched roofs are traditionally harvested from this species, which naturally grows in the Caledon and Bredasdorp districts. This is a beautiful and very graceful restio that produces long and heavy yellow or golden-brown flower plumes in January and February. This fast growing restio has a long lifespan of up to 30 years and grows in sandy, moist soil, although it can withstand long periods of drought with ease. Mature size is about 2m x 3m.

Another worthwhile species is T. cinereus, which is a more compact plant (1m x 1m) that is perfect to plant in a rock garden between large rocks. This is a colourful and well-branched restio with greyish green, soft and sterile side branches, and others producing golden brown grass-like flower spikes well above the foliage. Male plants are very decorative with large coppery flower spikes remaining on the plants for up to three months. It is frost hardy.

E. capensis resembles bamboo and grows into dense clumps with slender and long side branches covered in fine foliage arranged in whorls at the nodes, giving the plant a feathery appearance – making it a very popular restio in the commercial cut flower market. Golden brown flower spikes appear in spring and are followed by dark brown seeds. This fast-growing plant needs lots of space to grow as it can reach a height of about 2m with a spread of 1.5m. It is a stunning addition to a fynbos garden or a mixed border and looks very elegant close to a water feature. Although it is a plant for sunny conditions, it will also tolerate light shade and can take light frost.

This fast-growing small restio could be mistaken for an ornamental grass rather than a true restio, as it makes a tufty clump of bright green stems and golden-brown plumes of flowers in spring. Dark brown seeds decorate the plant in summer. Evergreen and suitable for full sun and light shade, it is beautiful if planted en masse and is semi-hardy to frost. Plant size is about 40cm x 60cm.

This is one of the most beautiful members of the Cape reed family, with a tufted reedlike appearance of cane-like stems with soft green whorls of foliage at each node. It is perfect for boggy soil along streams or dams where it can be planted in small groups or used as a focal plant. It also grows very well in windy coastal gardens if watered regularly. It is semi-hardy against frost and reaches a mature height of about 1.5m x 1m.