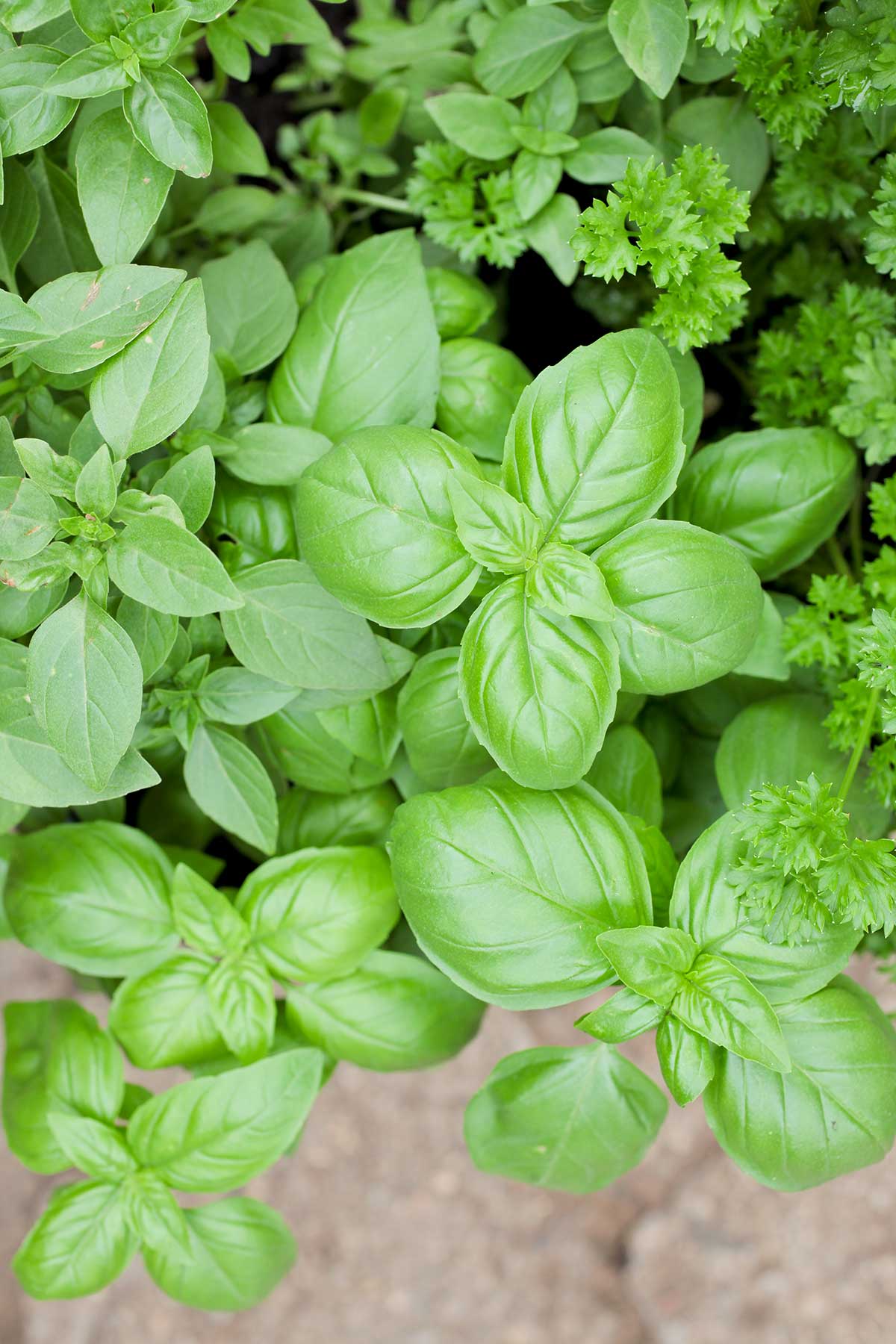 1. Sweet basil should be planted lavishly, because it is a culinary herb that we can’t get enough of, and it is a general insect repellent for all plants. It is especially beneficial for tomatoes and carrots, improving their flavour and just helping them to grow better. Planting companion herbs is the mainstay of organic gardening because of the role it plays in combatting pests and diseases naturally without having to resort to poisons. A poison-free garden is not only good for us, but also for the environment, and particularly for pollinators like birds, bees and butterflies.

2. Chives and garlic chives are unassuming culinary herbs that pack a powerful punch and can be extensively used in the food garden because they take up very little space. Most insects, as well as slugs, are repelled by the garlic or onion smell of chives. Planted as companion herbs alongside squashes, cucumbers and marrows, they help to clear powdery mildew and repel bugs that sting squashes. Other plants that benefit from being near chives are brassicas, carrots, brinjals, peppers, potatoes, tomatoes and strawberries.

3. Southernwood has medicinal rather than culinary properties, which is why it may be overlooked, but it is an attractive small bush with pungent, grey-green leaves. As a companion herb the whole plant deters insects and can therefore be used as general insect repellent. Cut it back in winter. Branches laid between rows of onions and carrots will deter onion and carrot fly, and if grown near fruit trees it deters fruit tree moth. Medicinally, southernwood improves liver function, digestion and poor appetite.

4. Coriander is an acquired taste because of its pungent aroma and flavour, but insects,  fortunately, never acquire the taste for it. It is a great aphid repellent and also sends potato beetles and spider mites packing. Coriander grows easily and prolifically. After picking the first leaves (which are the tastiest and most tender) let the plant flower and play its role as the pest police.

5.Oregano contains high levels of aromatic thymol, which has strong insect-repelling abilities. This also makes it useful as a pesticide in natural control remedies. Its flowers attract bees and butterflies. The groundcover varieties can be used as an insect-repellent ground-cover, especially prostrate varieties like golden oregano and ‘Country Cream’ (a variegated variety).