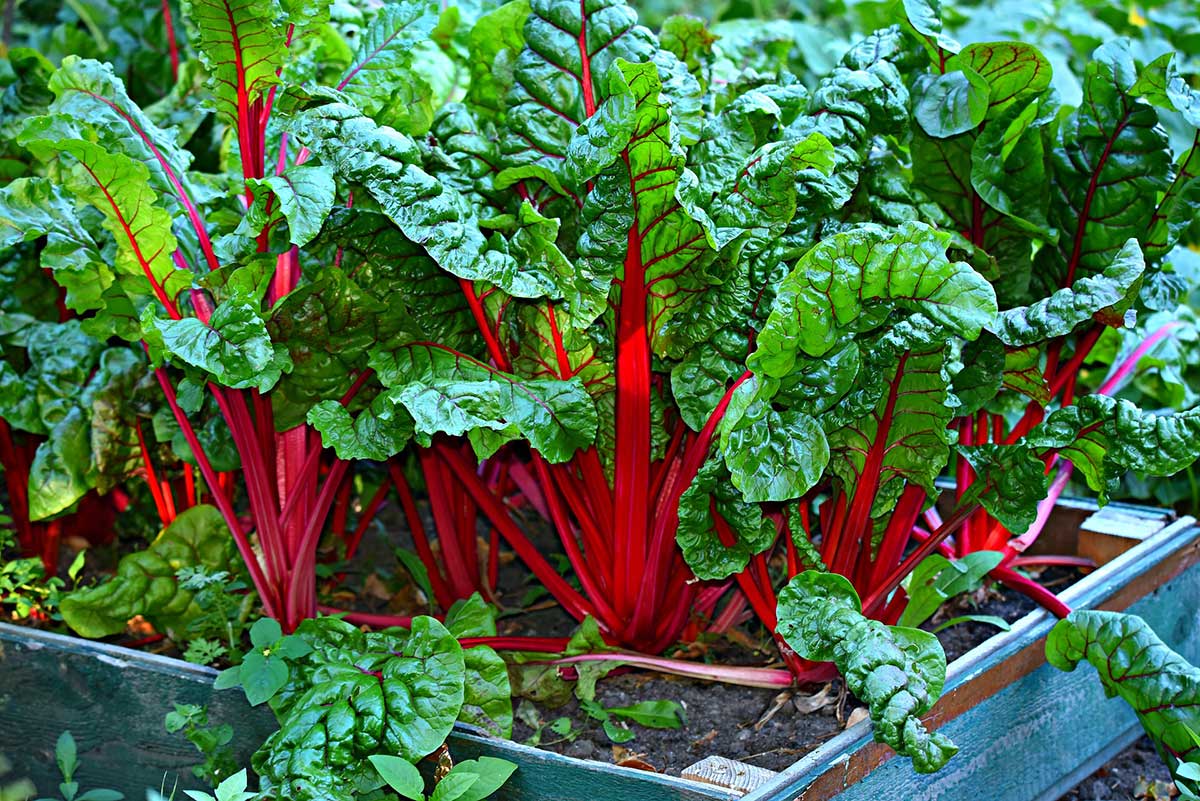 These are some of our favourite greens that keep on giving. Cut and come again veggies are so satisfying, and soon become favourites of the veggie gardener. They’re great because they’re there for ages and there’s no real risk of gluts and famines, although succession sowing every two weeks does help with a constant supply of leafy greens.

Even cut-and-come-again veggies run out of steam eventually, but you can generally bank on getting four or so cuts before the plants are exhausted and become unpalatable or turn their attention to generating flowers instead of leaves.

Fennel is one of the trendiest veggies around, roasted, braised or pureed or just thrown in a salad (or even a dessert, if Masterchef is to be believed!). You can use the stalks as a substitute for celery, or the fronds as a garnish much as you do parsley or dill, but the current trend is to cook the ‘bulb’. Even if you do decide to go this root (we like puns here at GTE), don’t dig the whole plant up – instead cut the bulb off near the ground and leave the roots alone. There’s a good chance that a few new fennel stems will sprout from the base, each developing into a new bulb. You can do this again and again, until the plant eventually loses vigour.

When you buy lettuce at the shop it is often the entire head or plant, cut or pulled and sold for us to eat in its entirety. But if you grow a few lettuce varieties at once, you can pick a couple of leaves from each plant and end up with a mixed leaf salad without killing a single plant. And you can do this again and again, until the lettuces finally decide life is getting too hot for them.

We’re all used to growing Swiss chard as a spinach, and harvesting a couple of leaves from each plant at a time. But another ‘spinach’ that isn’t actually a spinach, and that can also be picked a few triangular leaves at a time, is New Zealand spinach (Tetragonia tetragonioides). It grows as a low and sprawling plant, and will carry on until the first frost, as long as you give it enough water. It also does well in containers and is seldom bothered by pests.

Mild onion flavour and goodness can be yours every day for months and months, and without the tears. Spring onions may just be young regular onions but they are much easier to use, and the plant will continue to supply you with leaves for months until winter finally arrives and knocks the stuffing out of them, which is when you can dig up the bulbs and shed a tear.

Celery is an interesting one, in that we all know that you can use a stalk at a time without damaging the plant, but did you know that even if you cut down every last stalk the plant will forgive you and sprout up again, ready for another beheading and another resurrection. And there is no way you can’t have celery in your garden, be it for cooking or snacking on raw.

You may question whether broccoli should be included on this list, but we’re sticking to our guns. If you harvest the main head from a mature broccoli and leave the plant in the soil, smaller sub-heads should appear that can also be harvested. This won’t carry on indefinitely, but it does give you a bit of extra broccoli for nothing.

Rocket or wild rocket is such a great crop. Plant it once and you’ll never have to plant it again, because it’ll pop up all over the place every spring. And when it’s there you can pluck a few leaves from here and few from there to add a bit of fire any salad. Also use rocket on burgers or sandwiches, in salad dressings, in cocktails, or make a delicious pesto using rocket instead of basil.

Easy to grow and a good supplier of green leaves (as well as nutritious grain that is similar to quinoa, a close relative), amaranth is strangely ignored by almost all of us. The leaves are similar in flavour to those of spinach and can be cooked similarly too, needing nothing more than a bit of garlic to make them delicious. Harvest the leaves when they are young and tender, and then when the plant beings to flowers stop harvesting the leaves and wait for the grain, which you can use as an incredibly healthy, gluten-free alternative to rice.

No, we’re not suggesting that you cut a bit off a beetroot root and leave the rest to recover. We’re suggesting that while you wait for the root to become ready for harvesting use the beetroot leaves as greens. They can be harvested a couple of times before the main crop is ready, or you can just use the leaves and not worry about the root at all, instead leaving the plant to go to seed. Beetroot leaves are loaded with antioxidants, vitamins, minerals, fibre and nitrates, as well as beta-carotene.

Not long ago we had a kale plant in the office veggie garden that was beginning to look like a palm tree – it was huge! That kale was probably getting on for 2 years old, and it just kept on producing leaves that we kept on nipping off and popping into smoothies. Unfortunately it did eventually capitulate and shuffle off this mortal coil, but we’ll be replacing it with a few more soon. Try varieties such as ‘Chou Moellier’, black pal kale, scarlet kale or dwarf Siberian kale if you’re short on space and live in a cold area.