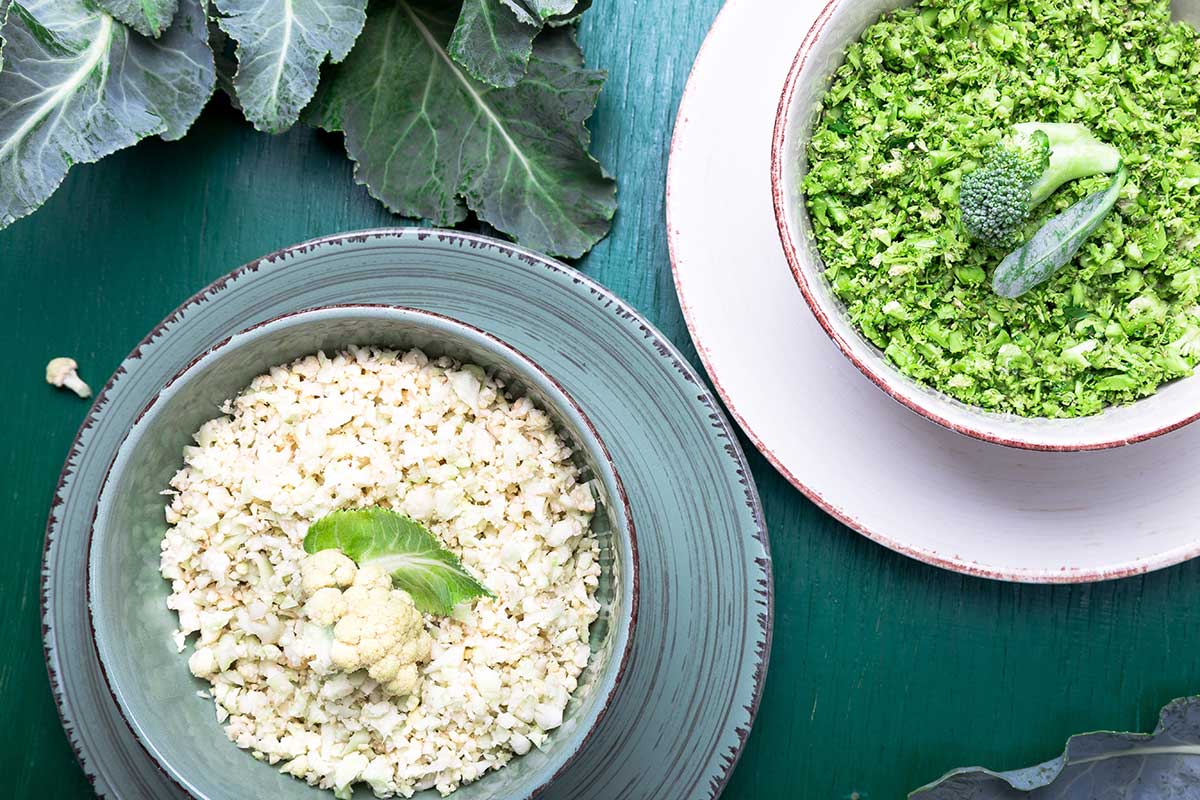 Appearances can be deceptive, even in the veggie garden. Did you know there are double agent veggies? They can go undercover as carbs, masquerade as something meaty or look slinky in salads.

Vegetarians have always known how to fill the meat gap, but it took the low-carb revolution to make use of double agent veggies in a totally new way. Enter cauli-rice, zucchini pasta and eggplant wraps, to name a few.

It’s all good news, because the more double agent veggies we eat the better – for our health, weight and nutrition. It’s good for the planet too.

Here are some of our favourite double agent veggies and how to grow and use them:

Beetroot, but not as we know it. Enter two glamorous varieties that know how to turn heads. ‘Chioggia’ is an Italian heirloom with psychedelic pink and white stripes, while ‘Red and Gold’ is a partnership of super sweet Detroit dark red and the slightly honeyed golden Detroit. Sensational in salads or as roast vegetables.

Dig over the soil to a depth of 20cm, rake out sticks and stones, and add compost to improve drainage. Sow in situ or in seed trays and thin out until the final spacing is 10cm. Water regularly and fertilise once a month with a liquid organic fertiliser.

‘Chioggia’ keeps its colour when cooked, especially if a splash of lemon juice is added to the water. ‘Red and Gold’ can be harvested young and grated or spiralised into salads. Cooking doesn’t change the golden colour.

Not so baby marrow

Baby marrows offer a use for the marrow that got away. Letting marrows grow a little bigger than usual makes it easier to spiral, slice and julienne them. But don’t let them get too big because they become tasteless and sap the plant’s energy, reducing production.

Compost the soil and raise the bed for good drainage. Sow seeds in situ in spring and summer. Sow two seeds together, and if both germinate then remove one. Raise two plants per planting station, spaced 40cm apart. Water around the base of the plant and spray with fungicide to keep the leaves healthy.

Fresh zucchini noodles beat soggy, store bought ones any day. Invest in a spiralizer or Chinese slicer to make the zoodles. Dry the zoodles before cooking in very hot oil. If the zoodles don’t sizzle remove them and wait for the oil to be almost smoking.

Stir gently with a wooden spoon. When they have coloured and softened, remove from the heat and serve.

This cucumber is the mistress of illusion. A Granny Smith apple that is as cool as a cucumber, or is it the other way around?

This smooth, creamy fruit can be eaten like an apple and chopped into salads.

The fruit is tastiest when it is creamy white with light green stripes. The skin is thin and edible and the flesh is juicy. It makes a tasty tzatziki, complements spicy dishes and can be pickled.

Okra is associated with hot, spicy West African cuisine as well as the gumbos (stews) of the American south. It is used in stews and soups as a natural thickener. An updated variety is ‘Clemson Spineless’, an All- America Selections winner with dark-green, spineless, grooved pods that have a mild taste (like eggplant). Okra is low in calories and a good source of vitamin C, folate, magnesium, potassium and fibre.

Pick pods when 5 – 7cm long. Store for 2 – 3 days in a paper bag in the refrigerator, or blanch and freeze. Make a rich sauce using okra, tomatoes, chillies, onions and eggplant, as a base for meat or chicken dishes. Don’t be put off by references to its ‘sliminess’. That is the mucilage, which adds succulence to food. To reduce the mucilage effect, chop the okra and fry in hot oil until it starts to brown before adding tomatoes and other ingredients.

This is an heirloom vegetable from China. The green squash turns golden yellow when ripe (about 110 days from planting) and its flesh consists of long, translucent strings that resemble pasta.

Sow seed in situ in spring and summer. Its self-clinging tendrils allow it to grow vertically. Space plants 60cm apart and sow a couple of plants for good pollination. Like other squashes it needs sun, fertile soil and regular watering.

Bake (40 minutes) or boil (about 20 minutes), then cut open, remove the seeds and shred out the flesh with a fork. It has a mild squash flavour and a slight crunch. A helping of spaghetti squash has about 40 calories compared to 220 calories of an equivalent portion of pasta.

Like pasta it blends with meat, cream or tomato sauces, can be tossed with pesto or mixed with other veggies, sprinkled with cheese and piled back in the skins.

Cauliflower is a master of disguise. At the drop of a hat it can be fluffy mash, a perfect rice accompaniment to curry or a juicy steak! ‘Amazing’ (suitable name) is a white-headed, self-wrapping variety that can also be harvested as a baby veggie.

For cauliflower steaks consider growing the purple-headed ‘Graffiti’, which holds its colour when cooked.

Sow seed now for an autumn or early winter crop. Enrich the soil with compost, well rotted manure and an organic fertiliser. Space plants 45 – 60cm apart and sow three seeds in one hole. If all three germinate, transplant the other two. Water often so that the soil doesn’t dry out and fertilise every two weeks with a nitrogen-rich fertiliser. Mound up the soil around the plants to support them.

For mash or rice, steam the florets until cooked but not mushy. For mash, season, add a dash of olive oil and whip in a blender. For rice, crumble with a fork and toss quickly in hot oil. For steak, cut horizontally across the head and roast the slices in the oven, with a drizzle of oil and seasoning. Serve with a spicy sauce.

Brinjals have always felt a bit shady, probably because they belong to the deadly nightshade family. A variety that is meaty but with a mild flavour is ‘Rosa Bianca’, an Italian heirloom.

Sow in spring and early summer (January is the last month to sow) in fertile, well composted soil that drains well. Plants are thirsty and need regular watering, especially when the fruit is developing. Fertilise when the first fruit starts to set.

Pick when ripe (and glossy) otherwise the fruit is bitter. As a substitute for carbs, cut the fruit into 4 or 5 thick slices, season and drizzle with olive oil and garlic and bake in the oven for about 15 minutes. Use as a base for mini-pizza snacks, instead of a bun for burgers or with mince as a meat extender.

Thinly sliced they can be used as wraps or rolled around a filling. Dipped in egg and fried they stand in for French toast.