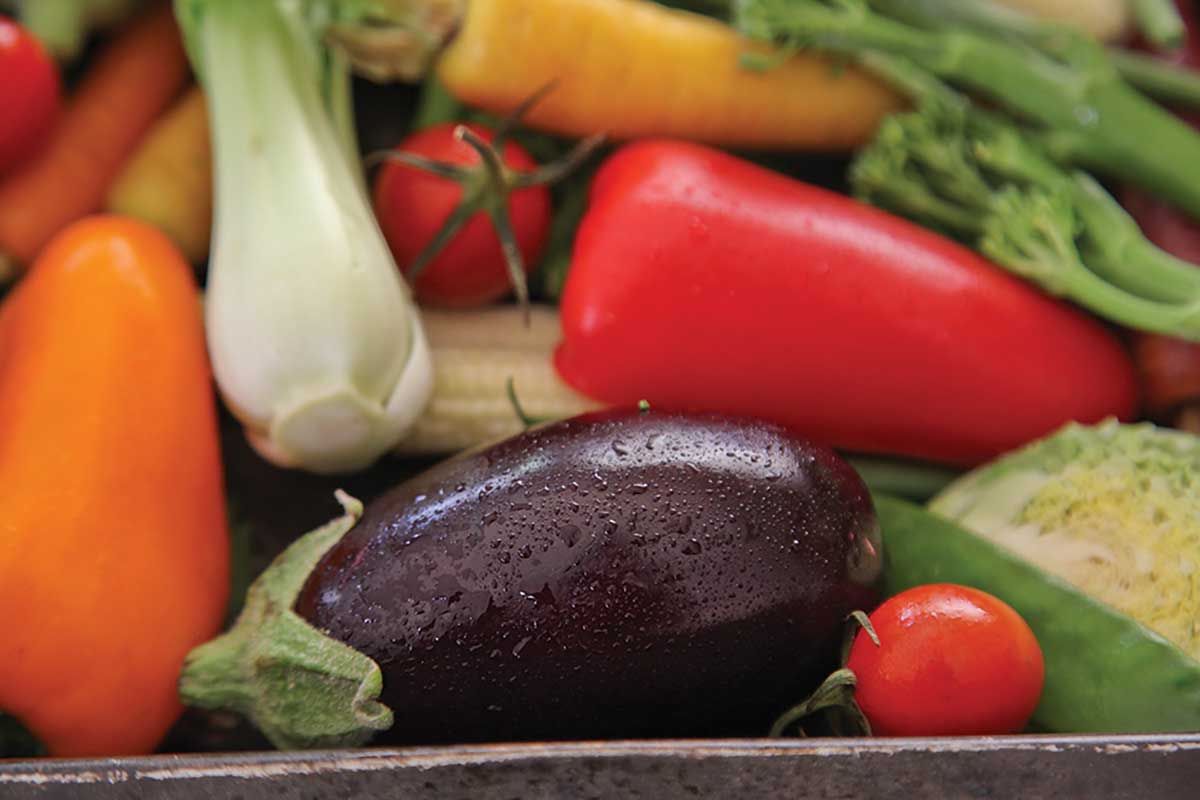 We plan and plant with the harvest in mind, and just as timing is critical for sowing, so it is for harvesting. All the hard work comes to nothing if we don’t harvest the crops when they are at their best. Picked too early, some veggies lack sweetness, flavour and size. If left too late, they can be tough, stringy and starchy.

Beans can be picked very young, steamed and served as baby beans. If left to mature, pick the pods before the seeds start to swell. Left too long they become stringy. Beans mature rapidly and should be checked every other day. The more you pick the longer they produce for.

Beetroots can be harvested very small as baby beets or left in the ground until the swollen root is 5 – 8cm in diameter. Once the leaves are 10 – 15cm long you can start harvesting the baby beets, which should be 2 – 3cm in diameter.

The fruit is ripe when it’s glossy and true to colour. As soon as fruit loses its glossiness or starts to change colour it is over-ripe and may be bitter. A ripe brinjal has light brown to cream coloured seeds, whereas an over-ripe fruit has black or dark brown seeds.

Don’t delay harvesting because the quality of the carrot does not improve the longer it stays in the ground. If the shoulders of the carrot are green they will be woody and bitter. Rather pick all the carrots at once and freeze, or store them in the refrigerator.

Tip: Cut off the green leafy tops before storing them, as the leaves draw moisture from the roots.

Pick fruit when it’s deep green. Extend the harvest by picking the first cucumbers when they reach a usable size (a few centimetres long). For fewer but better quality fruit, remove some of the fruit as it starts to form. Too much fruit at one time on a vine can affect its yield.

For an extended harvest of sweet peppers, set aside some plants for harvesting green peppers and, on the other half, allow the peppers to ripen to yellow or red. Picking the peppers green allows new fruit to develop continuously, and only at the end of the season let the final crop ripen on the bush. Hot peppers can be harvested when the fruit is green or left to turn red or yellow. The longer on the vine, the hotter the peppers will be.

A sure sign is when the silks/tassels turn brown and dry out, with just a little green at the base. When squeezed, the husk should feel plump. If you pierce a kernel, it should bleed a light milky sap, like skim milk. Harvest sweetcorn in the morning, when the ears are cool. To remove the ear, use one hand to hold the corn stalk and the other to pull the ear down and away from the stalk, twisting a little until it breaks off.

The more often you pick, the more leaves are produced. Harvest 2 – 3 of the outer leaves from a plant. To extend the productive life of the plant, feed with a liquid fertiliser (such as a worm compost tea) once or twice a month.

Tomatoes ripen on the bush. However, to extend the crop, pick tomatoes as they are turning from orange to red. They are one of the few vegetables that will ripen off the bush. At the same time, leave a few on to become completely ripe because vine ripened tomatoes have the best flavour.

Tip: Ripen tomatoes in a cool place, not on a sunny windowsill. Also, don’t store tomatoes in the refrigerator as they lose their flavour.

Large watermelons reach maturity within 85 – 90 days, ‘Sugar Baby’ within 75 – 85 days and sweet melons within 70 – 80 days. A large watermelon is ripe if it feels a little bumpy when you stroke it, and it changes from bright green to dull green.

When sweet melons are ripe a small crack appears at the point where the fruit attaches to the vine. This is called a halfslip and indicates that the vine is ready to release the fruit. It also has a sweet smell if you sniff it.

The longer they stay on the plant the bigger they become, which sends a signal to the plant to produce seed and stop producing fruit. Pick them as small as you can so that they are sweet and crunchy. At the height of the season baby marrows can be picked daily.