Home » Grow to eat » Problems with my Brassicas 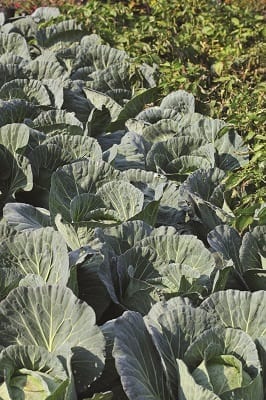 Problems with my Brassicas

What’s wrong with my Brassicas?

As families go, the brassicas are demanding and temperamental, especially if they’re expected to perform outside their comfort zone (which they won’t do!). But what would the winter veggie garden be like without them? A little empty for sure, because they are the big shots of the veggie garden. To get the best from them (like dealing with any difficult family member) you need to be aware of their likes and dislikes – don’t let them go hungry or thirsty, and keep the niggles (like aphids) at bay. By the end of winter they will be presenting their perfectly formed heads for your consumption. Here’s how to get the best from your brassicas, with acknowledgement to Alex Bronkhorst, brassica specialist for Sakata-Mayford Seeds, and Marlaen Straathof of Kirchhoffs Seeds.

Good-quality heads are what every gardener strives for but don’t always achieve, and the cause is not always apparent. If your broccoli failed last year, ask the following questions:

Did I plant too late?

March is the cut-off time for planting broccoli. Being a long crop that grows though winter, one wants it to produce heads before early spring temperatures become too hot and aphids become more active.

Did the plant receive enough sun?

If it didn’t receive at least six hours of sun, it was not enough.

Did the plants wilt?

One of the biggest problems with broccoli is that it doesn’t get enough water. They have a bigger root system than we realise, and if their development is stunted the plant won’t want to make heads. Don’t let the soil dry out, and mulch to retain the surface moisture. Was the fertilising adequate? Broccoli plants are gross feeders and the general rule is to enrich the soil with compost and 2:3:4, Vigorosa 5:1:5 or Vita Veg 6:3:4 before transplanting seedlings into the bed where they are to grow. Do not put the fertiliser in the planting hole or against the stem as this will damage or kill the seedling. Two weeks after transplanting give a top dressing of LAN or urea, and repeat two weeks later. However, if you used a slow-release fertiliser like Vigorosa or Vita Veg when preparing the beds, a top-up is only necessary after three months.

What makes a cabbage crop fail, or deliver less than satisfactory heads?

Aphids are the biggest cause of crop failure, because when they get into the heads, even at an early stage, it is very difficult, if not impossible, to save the crop. In addition, a disease called brassica stunting disorder or beet yellowing virus is carried by the green peach aphid, and this could be one of the reasons why a cabbage doesn’t make any heads or has a head with red and yellow leaves. The formation of multiple heads is another indicator of aphid infestation. Spray preventatively with organic insecticides like Ludwig’s Insect Spray or Bioneem.

Cabbage semi-looper is another pest that can devastate a crop. It’s the larvae of a nocturnal moth and it feeds voraciously on the leaves, leaving a leaf ‘skeleton’ behind. As soon as leaf damage is observed, look out for the larvae and spray with Margaret Roberts Biological Caterpillar Insecticide when the semi-loopers are active, which is usually late afternoon.

Spacing determines the size of head, depending on the variety, but if plants are too close they may not form heads at all, or develop very long heads due to competition. Planting baby cabbages 10cm x 10cm will yield a small cabbage of 100g to 500g. If planted further apart the heads will be bigger. The bigger cabbage varieties can be spaced 50cm x 70cm to get 3,5kg-8kg heads, again depending on the variety.

Watering should be regular enough to ensure consistently moist but not waterlogged soil. In sandy soils give more regular water, and for shorter periods because water penetration is fast. Clay soils need longer watering owing to slower water penetration, but with greater intervals between watering. If the soil is too wet, the plant will wilt as if it is dying of drought.

Other culprits that damage the growth point and prevent heads forming are the bagrada bug (Ludwig’s Insect Spray, Bioneem) or birds, planting too late (later than March) or extreme heat and drought. For really bad infestations use Pyrol.

In every family there is one that is just a little different, and in the brassica mafia it’s Brussels sprouts. Brussels sprouts have a much longer growing season and need cold temperatures. If the winter is too mild, the crop can fail and it is not your fault!

When to plant: In colder areas (like the Eastern Free state, KwaZulu-Natal Midlands or Gauteng’s Vaal triangle) sow in February or March. In warmer areas sow in April or May. Frost improves the taste. Like other brassicas they need full sun.

Aphids are bad news for Brussels sprouts. Once they get into the fruit it becomes very bitter and obviously inedible. Don’t leave it too late – spray preventatively with Ludwig’s Insect Spray or Bioneem.

Fuel their growth: Brussels sprouts need a lot of fertiliser to get big quickly. For a good supply of sprouts, plants should be about 1m tall. As soon as the plant reaches 1m, break off the top/growth point off so that the plant puts all its energy into getting the sprouts big. As the plants get bigger, apply Vigorosa 5:1:5 as it has the slow-release properties so lasts for a bit longer, making your fertilising much easier.

This is the undisputed matriarch and, like Brussels sprouts, is a true winter crop that is less heat tolerant.

Timing: Sow between January and March. For direct sowing, wait until the end of February or early March, or sow earlier into seed trays.

Brassicas in containers?
It’s possible to grow broccoli, cabbage and cauliflower in containers, but it is a high-maintenance option and the size of the mature plant dictates one plant per container, which should be at least 70cm deep. The roots get big, and if the roots are prevented from growing they may not may a head at all. Make sure the plants receive full sun, although this means watering every second day. Use a good-quality potting soil enriched with an organic fertiliser and feed twice a month because the nutrients will leach out faster from a container.