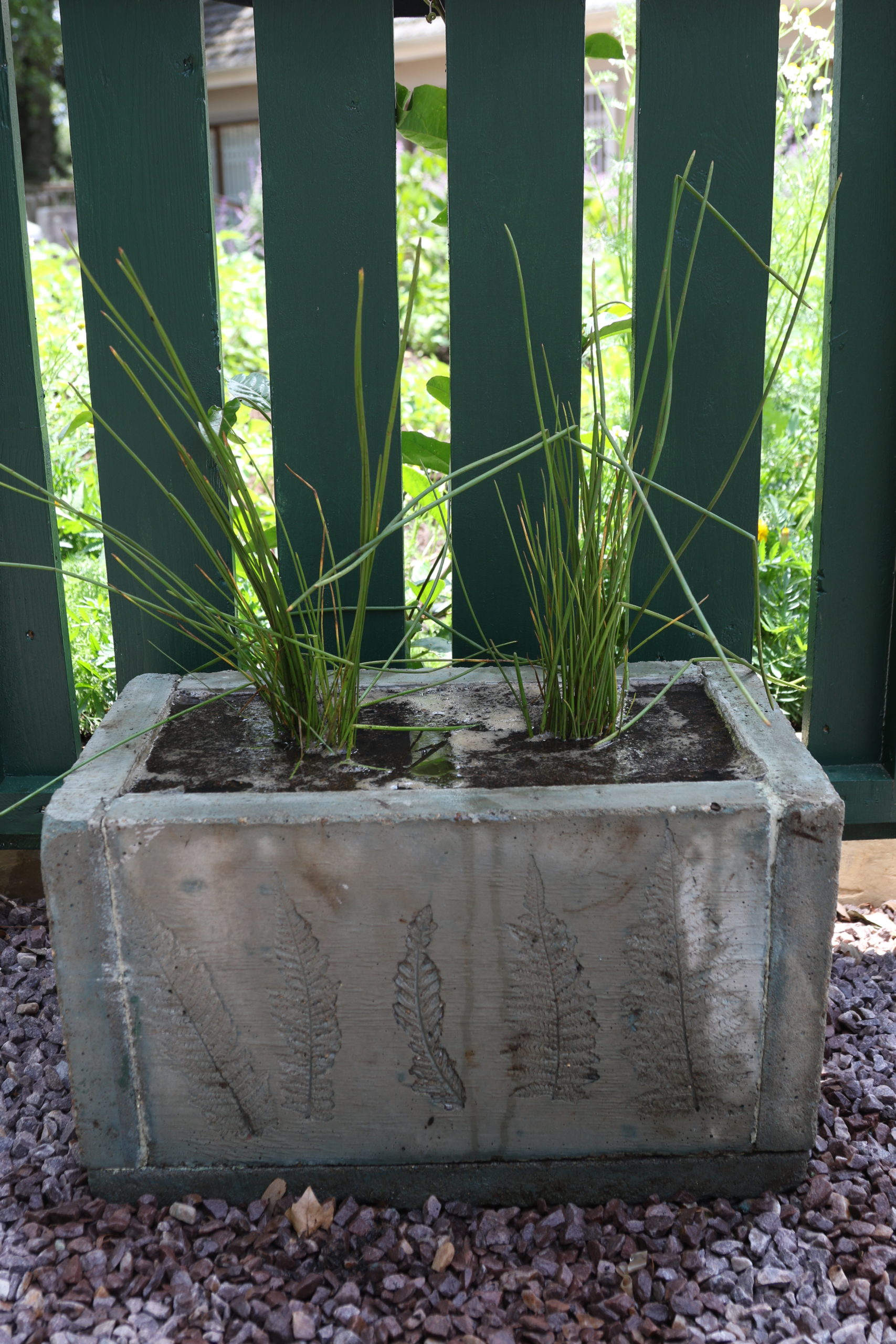 Here’s something so exotic, but so easy to grow

It’s fun to grow new things, so with this in mind we decided to grow water chestnuts (Eleocharis dulcis). Why? Because we heard that the boys from Aqua Flora, a water garden nursery in the North West, could supply them, and our motto is always, “Why not?”.

Aqua Flora duly couriered the plants down to us (which we found fascinating in itself!), although there were a few tricky moments when we went to the local PostNet to collect them and they had not yet arrived! We imagined them finally being unearthed a week later, a soggy and smelly mess that we would have to dispose of responsibly, but when they turned up they were fine. We planted them straight away in a concrete planter that Garth had made a few months earlier, and which we had set aside for this purpose.

Pieter from Aqua Flora suggested planting them in a rich mixture of half compost or potting soil and half garden topsoil. He told us to plant them 5cm deep and top them off with 5 – 10cm of water. The plants should always have water. In autumn the leaves will become yellow and die down and then the chestnuts can be harvested, along with the roots. Apparently you can get up to 50 chestnuts from one plant, but our harvest was about half of this.

When the sedge grass had yellowed and died down (ours took about four months), we dug up the sludge and happily harvested the chestnuts. They have a dark brown glossy skin that needs to be peeled off. It works quite well to cut the top and bottom off and then peel off the skin with a small knife. Rinse in water and use in your dishes. They have a crunchy fresh taste that is much better than the usual canned varieties you can buy.

Water chestnuts are not nuts but a corn, and are an aquatic plant native to china. Unlike chestnuts that grow on a tree and are usually roasted, water chestnuts can be eaten raw or cooked with other ingredients.

Water chestnuts are great for stir-fries and salads, for making stuffing or for using in desserts like fruit salad and cakes, but paired with bacon and sugar they are little bites of heaven. 1 pack streaky bacon 16 or so fresh water chestnuts 1 tablespoon Dijon mustard 1 tablespoon brown sugar Mix the sugar and the mustard together. Cut the bacon strips in half and spoon the mustard/sugar mix over each. Place a chestnut in the centre, roll it up and secure the little package with a cocktail stick. Place on a baking tray and set under the grill until the bacon is nice and crispy