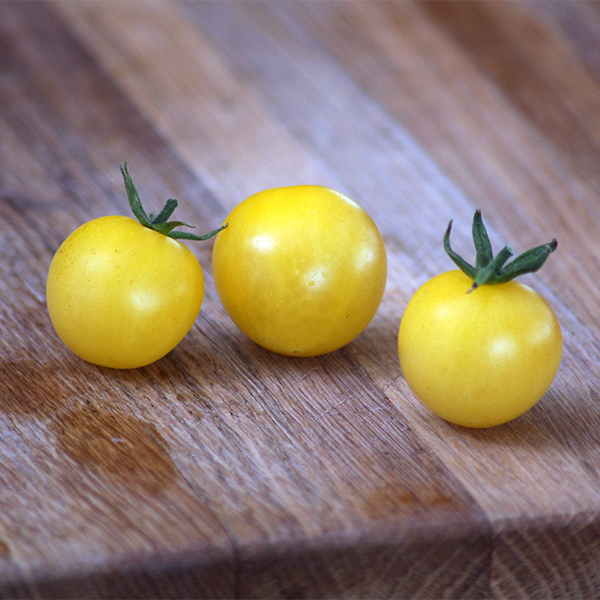 Heirloom fruits and vegetables are varieties that have stood the test of time, the seed being passed down from generation to generation of gardeners, often within a family (hence the term ‘heirloom’). Some companies give a specific age to a variety for it to be considered an heirloom, such as 50 years or before 1945.No doubt you’ve stood at the seed racks at your local garden centre and seen ‘Heirloom’ written on packets of seeds. You know ‘Heirloom’ is a good thing (why else would it be advertised as such?), but what exactly does it mean, and more importantly, what does it mean for the vegetables you can grow from them?

Heirloom plants are open-pollinated, meaning that they are pollinated naturally, usually by insects, and there are no restrictions on the pollen moving from plant to plant. Open-pollinated plants are more genetically diverse than hybrids, which makes them able to slowly adapt to local conditions. Because they are open-pollinated, heirloom plants produce seed that is true to type, which will in turn produce plants that are the same as the parents. Basically, an heirloom plant is the opposite of a hybrid, where growers manipulate a plant to create desirable qualities, such as large fruit or quick growing habit.

So what are the advantages of heirloom plants?

Tomatoes are a popular heirloom crop because the fruit tastes so much better than the commercial varieties. More and more heirloom tomato varieties have become available locally, each with specific qualities that have ensured their enduring success. The fruits come in colours from green (even when ripe) to white, yellow, orange, red and black, each colour having different flavour characteristics. There are even a few varieties that are striped or multicoloured. Generally, the yellows are milder than the more acidic, tarter reds, while the greens are lighter in flavour and more zesty, and the darker tomatoes are not as sweet as the lighter colours. Tomatoes also vary in shape, from round to oval, pointed and even shaped like a sweet pepper or pumpkin. In terms of size, the ripe fruit can be tiny, as in the cherry tomatoes, or as big as a kilogram each.

‘Moneymaker’ is a familiar heirloom tomato that is easily available. Major seed producers like Kirchhoffs offer it, as well as the heirloom-seed boutique Living Seeds. ‘Moneymaker’ does well in hot and even humid climates (even though it orginated in England), producing high yields of delicious, medium-sized fruit. The plant does need staking.

‘Oxheart’ has been around for almost 100 years and produces hue fruit that is meaty but with a sweet flavour. The prolific fruit is pinkish-red and heart-shaped and tends not to split. It is an excellent tomato to fry while still green, American style. The plant needs staking.

‘Mortgage Lifter’ is a giant of a tomato, with each fruit potentially weighing up to 1kg. It was first grown in the era of the Great Depression in America, by a West Virginian mechanic who needed a new source of income as people were no longer repairing their cars. He selected the four tomato plants he had with the largest fruit, and repeatedly crossed them until each fruit was big enough to feed a family of six, or so he claimed. He paid off his mortgage in only four years, just by selling these tomatoes!

At the other end of the scale in terms of size is ‘Blondkopfchen’, a little yellow tomato that produces huge numbers of fruit on cascading trusses. It’s great for salads or snacks, and the fruit is lovely and sweet with a thin skin. It is indeterminate and needs staking.

If you want something very different, try one of the black tomato varieties, such as ‘True Black Brandywine’. The fruit is very flavourful and large, and the dark colour of the fruit makes it really interesting on the table.

A lovely looking tomato is ‘Rainbow’, which is a huge, rib-shouldered golden fruit with streaks of red running through the flavourful flesh. As fruits ripen they have shades of green to yellow, orange and gold across them, and sometimes a bit of red at the point. It has good disease resistance and the indeterminate plant grows to about 1.8m.

‘Black Prince’ is an interesting tomato in that the fruit is a beautiful mahogany brown in colour, as well as being full of flavour. The colour grows deeper in sunnier positions, and is less likely to split than other heirloom tomatoes.

While it may be called ‘Great White’, the meaty fruit of this variety is actually creamy-yellow in colour. It also has a creamy texture, very few seeds and the flavour is mild and non-acidic. It is less ‘viney’ than other ‘white’ tomatoes.

Determinate tomatoes, also known as bush tomatoes, grow to a compact height and then stop growing. They don’t need much staking and are good for containers. A plant will generally produce its entire crop at one time.
Indeterminate tomatoes carry on growing and can reach heights of 3m, although normally half that. The plant requires a lot of staking for support, and will often have flowers, new fruit and ripe fruit all at the same time.