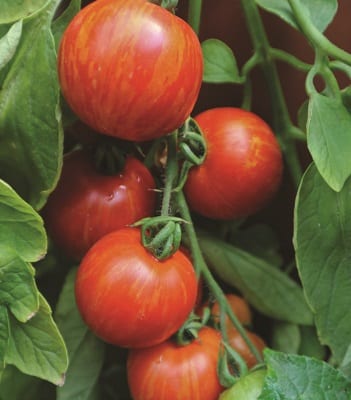 While some plants thrive next to each other (beans and tomatoes, for example), other plant combinations lead to nothing but misery. So when you plant your garden, bear this in mind and make sure you plan ahead for the best results. See our list of 10 plants NOT to plant together:

While these flavours go so well together, the plants don’t grow together. Strongly aromatic herbs like basil, rosemary, sage and origanum can all affect the flavour of cucumbers if grown alongside them.
Companions: Instead of basil, plant dill next to your cucumbers to attract beneficial insects to keep pests at bay.

Peas and beans can be fussy when it comes to their neighbours, and aren’t fond of members of the onion family (garlic, onions, leeks and chives) or the brassica bunch (cabbage, broccoli, cauliflower, kale and the like).
Companions: Plant peas and beans next to each other, as well as carrots, celery, corn, brinjals, peppers and radishes. Tomatoes also tend to pair well with legumes.

Cauliflower doesn’t appreciate a close proximity to tomatoes or strawberries. Maybe it just doesn’t like the colour red.
Companions: Onions and close relatives (chives and similar) have a mutually beneficial relationship with cauliflower, as do most aromatic herbs which help to ward off pests that otherwise wreak havoc on the cruciferous veggies.

Who knew that our favourite herb was actually so unfriendly? Basil also offends broccoli and broccoli doesn’t mix well with tomatoes, beans, strawberries or peas. Broccoli actually leaves a chemical residue behind in the soil that prevents subsequent crops of the brassica family from thriving, which is a reminder to rotate our crops. Try not to plant members of the same family in the same place year after year, as this can lead to a build up of diseases and pathogens in the soil.
Companions: Plant broccoli near onions and other alliums or mints, sage, origanum and rosemary.

Tomatoes and corn don’t play nicely together, perhaps because both are heavy feeders.
Companions: As we already said, corn, beans and squashes are friends with benefits, but corn can also be planted with melons, potatoes, parsley and beets.