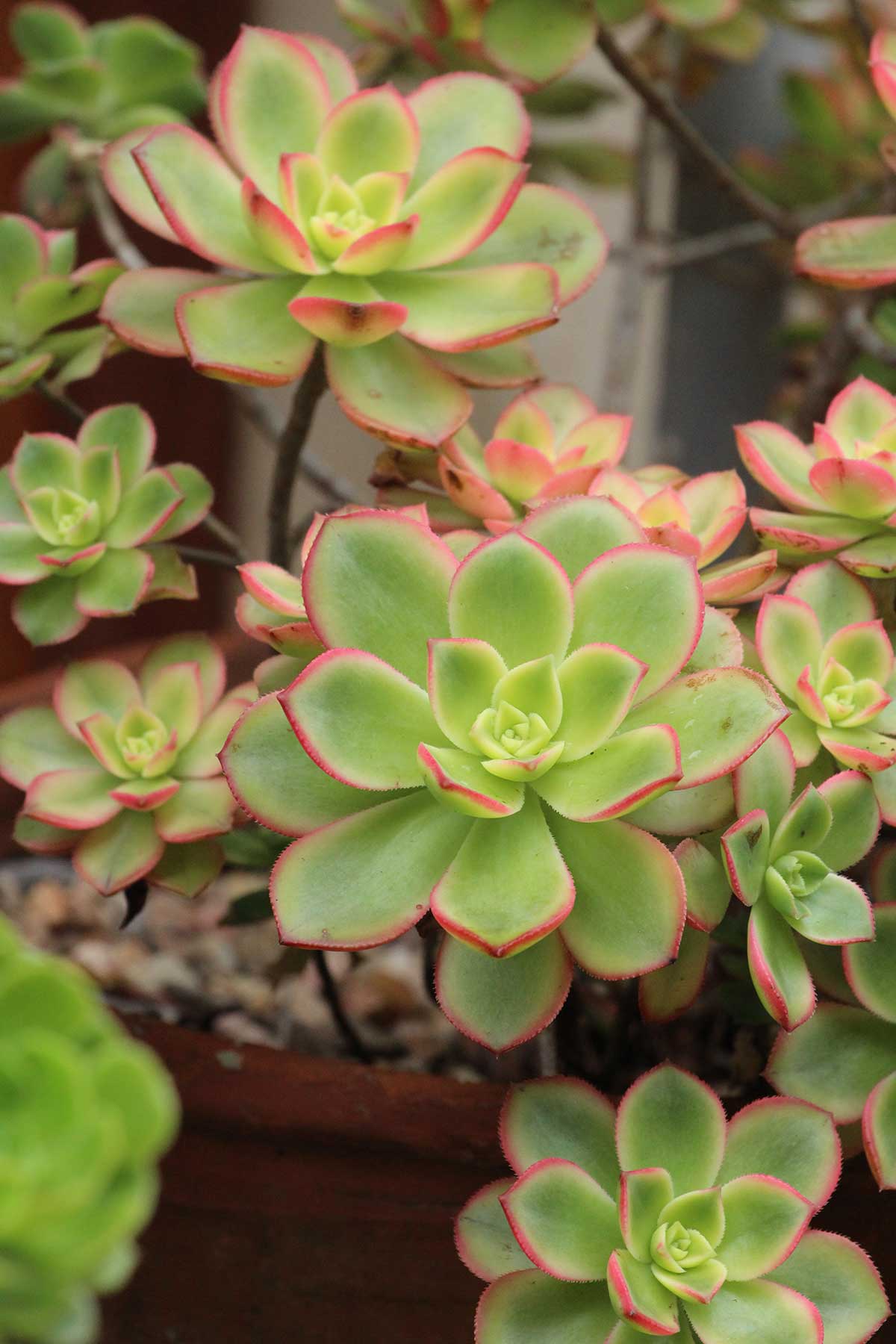 Aeoniums are commonly called tree houseleeks, which is an indication that they form substantial side stems topped with their typical fleshy rosettes. They are also described as subtropical plants, and so require more water and less arid growing conditions than other succulents. The pretty Aeonium ‘Kiwi’ is a colourful hybrid of Aeonium haworthii with tricolour leaves starting off yellow and darkening into green with edges bordered with pink or rusty red.

Mature Aeonium ‘Kiwi’ rosettes will occasionally (after several years) produce pyramidal sprays of yellow flowers in late summer and will then die off – which is why aeoniums are called monocarpic plants. The active growing period is winter to spring, when the plant will need regular watering, with a short dormancy in summer when it should be kept drier. If grown indoors, it will often skip dormancy.

Light requirements in the garden are morning sun and afternoon shade, while indoors they require a position with bright light to maintain good leaf colour. Aeoniums should be planted into fast-draining succulent medium or normal potting soil amended with perlite and sharp grit. They can easily be propagated with stem cuttings: remove a rosette-topped side branch, allow it to callus over and then plant it back into soil. In the garden, aerial roots will sometimes form along the fleshy stems that fall over and will root spontaneously into the soil.

Although some gardeners would be reluctant to remove parts of this lovely succulent, which can reach a size of 90 x 90cm, for propagation, regard this as a form of pruning to rejuvenate the plant, as removing rosettes will stimulate the remaining stems to sprout new growth in the form of more side stems.

Fact file: Monocarpic plants (which also include agaves) flower, set seeds or offsets, and then the mother plant or rosette will die.