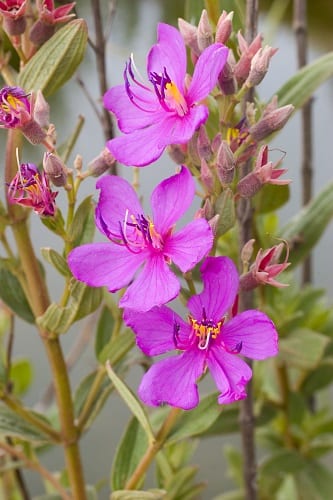 The cosmopolitan family Melastomataceae is a very large group of more than 3 000 species of perennials, climbers, shrubs and trees that occur mainly in the tropics of South America.

One of its most well known members in ornamental horticulture is Tibouchina Granulosa – the ‘Purple Glory Tree‘. It occurs naturally in Brazil, and here in South Africa it performs well in the Lowveld, East London areas, and along the KwaZulu-Natal coast. In Southern Africa Melastomataceae is represented by five indigenous genera: Antherotoma, Dissotis, Melastomastrum, Memecylon and Warneckea, of which the showy Dissotis is the most important for cultivation.

Dissotis (meaning ‘of two types’ referring to the two kinds of anthers produced by the stamens) is an entirely African genus containing about 120 species that extend from the Eastern Cape to tropical Africa.

Strongly resembling Tibouchina Urvilleana, the large saucer-shaped blooms of Dissotis Princeps are especially showy in late summer and early autumn, as are those of the smaller-flowered Dissotis Canescens.

It forms an erect, much-branched, soft-wooded small shrub, with oval-shaped leathery leaves produced in opposite pairs. The leaves are densely covered with very short grey hairs, hence the Latin name Canescens. Masses of bright pink, purple or reddish flowers are borne in dense clusters from January to April. The flowers attract large numbers of carpenter bees.

Dissotis Canescens likes a full sun position and permanently moist, slightly acid soil containing plenty of well-decomposed compost. Young plants are best set out from nursery containers in spring, as new growth begins, and they must be planted at the same depth as they were growing in the container.

Regular heavy drenching is required throughout the active growing period in summer. The stems can be cut back to about one third of their length in late autumn in order to stimulate vigorous new growth in spring. This is a magnificent species for large garden beds or as a specimen plant for small gardens. 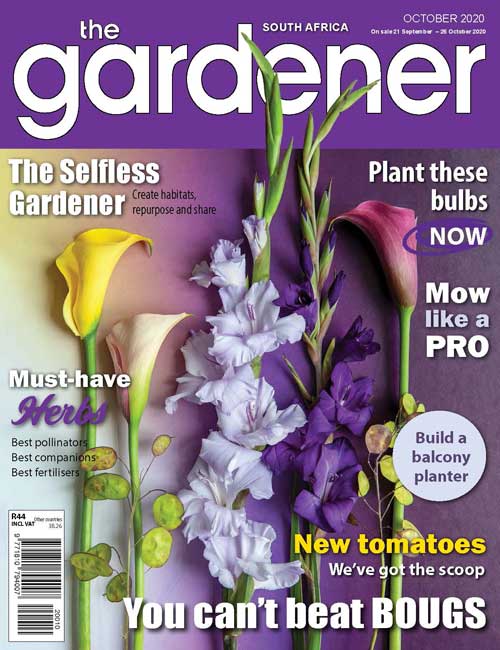