Home » The Gardener » A Short History of Gardening 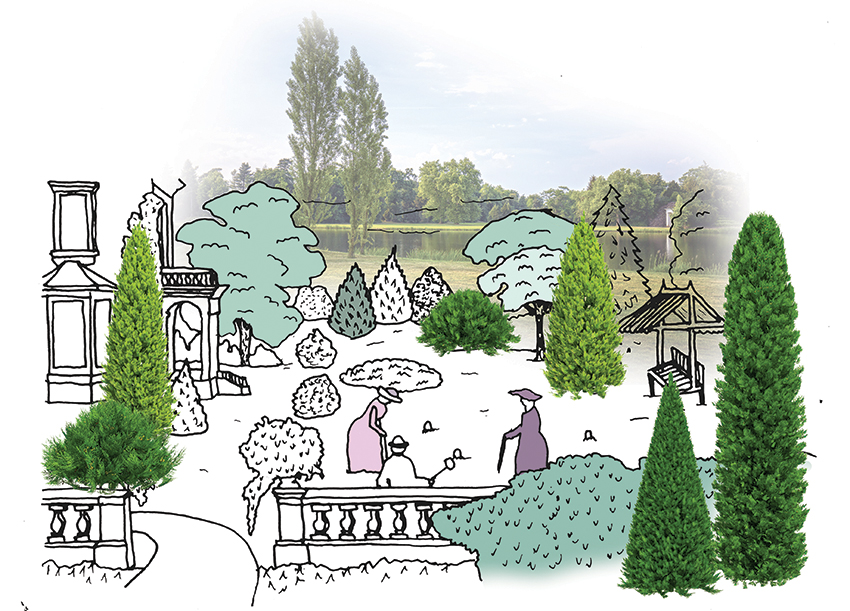 A Short History of Gardening

Insight into a topic is rooted in an understanding of its history, and this is true of the history of gardening.

It may seem insignificant, but the past always shapes the present. The evolution of gardening provides context for the gardening paradigm shift we find ourselves experiencing today, and helps us predict where gardening will go next.

Some historians believe the first gardens built for aesthetic purposes, not purely utility (like farming), were established in ancient Egypt around 2000BC. Championing symmetry and function, ancient Egyptian formal gardens were exclusive to the wealthy classes, for their pleasure and for fresh produce. Not long after these gardens spread around Egypt, similar gardens began to appear in the Middle East. Around the same time, a different gardening philosophy developed in China.

Plants were not chosen for their beauty, but for their symbolism. The natural order prevailed over the symmetry and formal structure of their ancient garden counterparts across the continent. Ponds and lakes were valued over artificial manipulations of water, like fountains. The goal was to replicate wider natural landscapes in miniature, encompassing the beauty of nature as a whole. These practices were influenced by the prevalent philosophy of the time – Taoism. Balance and harmony were the highest values, not beauty or displays of wealth.

The birth of landscaping

Ornamental horticulture surged under the Romans, incorporating gardening influences from each of the lands they conquered. Gardens were enclosed by walls, often in courtyards, and featured flowering plants, small trees, ponds and paving or mosaics. The first architectural book to mention this kind of landscaping was written by Roman engineer Vitruvius in 27BC – De architectura libri decem. It explains the Roman objectives of landscape design – durability, utility and beauty – that are still used by gardeners today

The fall of the Roman empire and the start of the Dark Ages spurred a ‘dark’ period in gardening too. Gardens were still grown and cultivated, but gardening methods and design did not evolve much from their Roman predecessors. Gardens appeared mainly in monasteries, where monks grew plants for food as well as medicinal and spiritual purposes.

In the late 15th century, the Renaissance Period saw a revival of ornamental gardens originating from Italy and France, which once again catapulted gardening into mainstream popularity. Expansive gardens were a necessary feature alongside every wealthy home, sporting ornamental plants over crops and elaborate mazes with manicured hedges. Gardens were a status symbol of the aristocracy. Renowned garden designers borrowed techniques from the popular landscape painters of the time – perspective and balance – and introduced the idea of the garden as an outdoor extension of the home.

Gardening took off and continued to evolve in the following centuries. Botanical gardens sprang up throughout Europe, the first opening in Pisa in 1543. In the 1600s, formal gardens that prioritised geometric shapes, strong colours, symmetry and detail in design were popularised. Famous historic landscapers such as William Kent and Lancelot Brown rebelled against these formalities by introducing winding walkways and natural bridges. Globalisation and advances in transportation introduced new plants to continents they had not touched. The period from the 15th – 20th century saw a diversity in plants, garden design and gardening practices never experienced in the industry before.

In the 20th century, gardening trends emerged as a reaction to the events of the 1900s and the century before. Opponents of the standardised nature of mass production emerging from the industrial revolution built cottage gardens to hark back to picturesque, natural gardens and individual craftsmanship. Modernist gardens embraced a harmony between indoor and outdoor space, using minimalist design principles and materials from architecture never before applied to gardening. Later in the century, as incomes increased along with urban living, gardening became a common hobby open to all.

Now, in the 21st century, gardening is more accessible than ever, and next-generation gardeners are working hard to make sure it stays that way.

New gardening trends all point to inclusivity. Previously limited to those with land, money or free time, 21st century trends like indoor gardening and low maintenance gardens open a space for anyone to join in. It has evolved from a recreational activity reserved for the elite to a necessary activity for everyone’s health and wellness. The planet also features in this gardening inclusivity: where the focus has been on what the garden can do for us in earlier centuries, the rise of climate change has led next-generation gardeners to ask what we can do for the garden, and by extension the planet, instead. In some ways it is a return to the ‘functional’ focus of ancient gardens, but today our definition of ‘functional’ has expanded to include saving the environment.

This article is based on the book The Next Generation Gardener by Madison Moulton, available on Amazon.