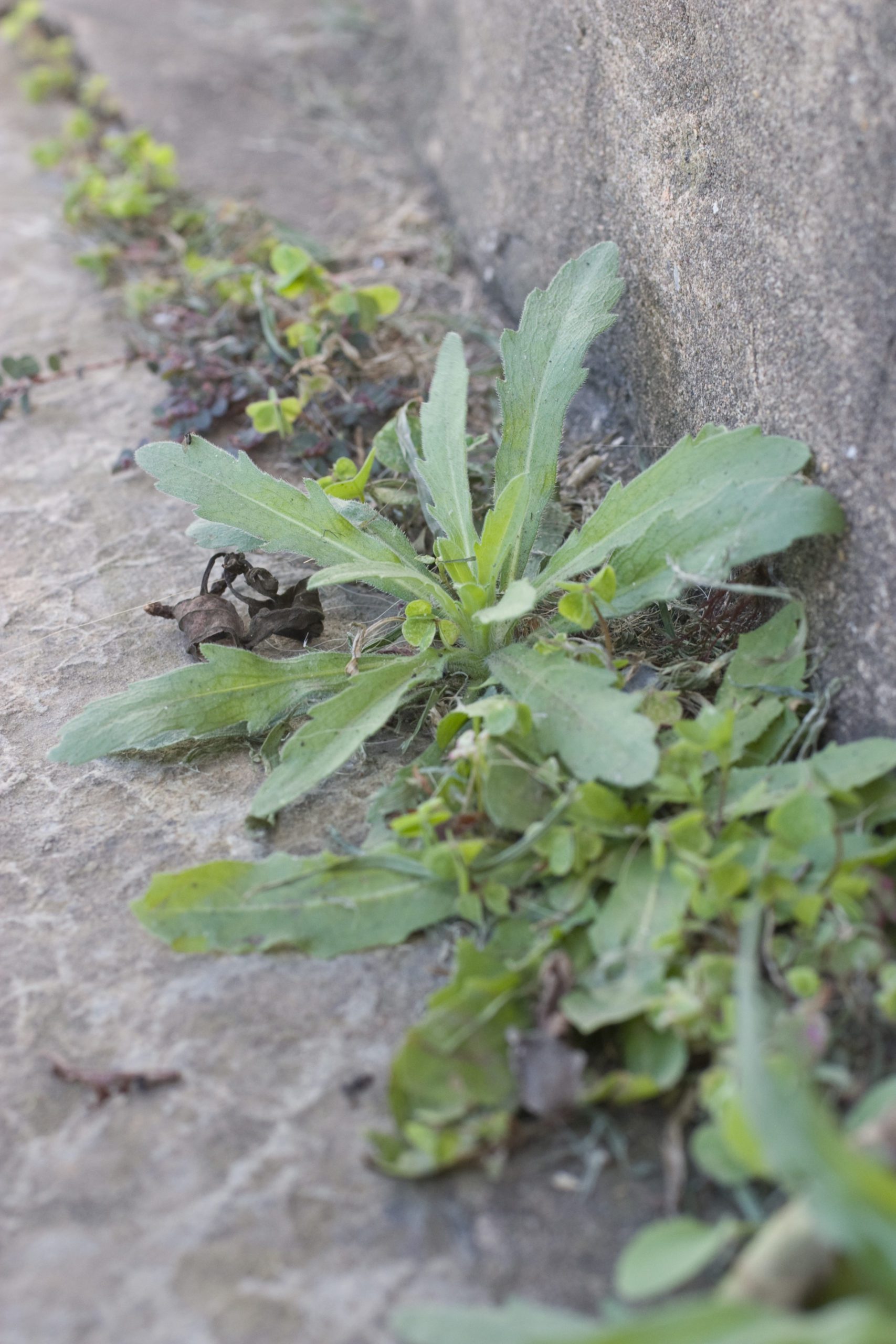 Regard the chore of weeding your garden not as punishment, but as regular ‘me-time’ in the garden. Arm yourself with a sunhat, sunscreen and a few handy weeding tools like a sharp hoe and a daisy grubber to tackle the job of getting rid of weeds effectively, with the following tips in mind:

Ridding beds of weeds by regularly digging over the soil with a fork and then raking it vigorously might be a quick-fix and keep things neat for a week or two, but this is one of the worst things you can do in the long term. • By turning over the soil you are encouraging more weeds to germinate, as dormant weed seeds are brought to the surface and will germinate with pleasure when exposed to air, sun and water. • You are losing moisture by turning the soil and will thus have to irrigate more. • You are damaging shrubs that have shallow root systems close to the surface, such as tea bushes and fynbos. • You are damaging the soil’s structure and killing off many good soil organisms by exposing them to the sun.

Using commercial mulches such as wood chips, pebbles, bark nuggets, peach pips or material like leaf mould, shredded prunings, compost, straw and even pine needles as a layer around existing plants goes a long way to curb pesky weeds. Just remember that they must be replaced regularly. Should small weeds appear from time to time, which cannot be helped as they are dispersed by wind or bird droppings, they can be easily plucked out with the help of a sharp weeding tool like a daisy grubber. You can even go as far as laying cardboard or newspapers over the soil between young plants in newly planted up beds. Simply cover them up with thin layers of decorative mulch. The result of all the above measures will be moist, cool and crumbly soil that will be easy to cultivate.

Weed matting or landscaping fabric is sold by the metre or in rolls at home stores and garden centres. This water- and air-permeable material can be laid under gravel or in newly cultivated beds before planting them up. It is as simple as cutting a slit in the fabric and planting your new plant through it. The fabric can afterwards be covered with a thin layer of mulch. The result will be mostly weed-free areas with just the odd windblown weed appearing every now and again.

‘Pull when wet, hoe when dry’

Weeding is much easier and faster after a rainy spell or after you have watered the garden, as you can simply grab weeds by the neck and pull them out of the soft, moist soil. For deep-rooted weeds use a daisy grubber to loosen the roots so that you can easily pull them out of the soil. Creeping along the lawn removing broad-leaved weeds like dandelions gives you lots of time to think about things, and wielding this tool satisfies built-up aggression as you get a surge of pleasure when you extract the last roots of evil. It’s also fairly easy to scrape small weeds out from the gaps in paving with this tool too, although a screwdriver with a long shaft can also do the job! If you’re weeding in dry conditions, use a hoe with a sharp blade to simply chop off the top of plants without disturbing the soil. This is a tool that puts much less pressure on your poor back than a garden fork does.

Water your plants and not your weeds

There is much to be said about using an overhead sprinkler to water. Much of the water is usually wasted over the leaves of shrubs, causing all kinds of problems. Rather fit soaker hoses underneath the mulch and around the stems of shrubs and trees, so that water only reaches the intended plants, depriving the unwanted of moisture.

Usually we’re told to keep the mature size and spread of plants in mind, and to space them according to the information on their labels. This is true for plants that don’t like to grow in each other’s shade or are affected by fungal infections or other disasters, but on the other hand it is possible to curb weed infestations by simply not giving weeds space to grow. The answer is mass planting with tough groundcovers like osteospermums, spreading gazanias, vygies and ornamental grasses like sedges and more specifically Carex ‘Frosted Curls’ – a favourite hybrid! Once established these robust plants won’t allow themselves to be land-grabbed by weedy invaders.

Emergency measures – cut them down!

If you are truly overwhelmed by weeds and manual eradication is out of the question, you have options. The first measure would be to stop weeds from going to seed. This means chopping them down as a preventative measure. This can be done with a machine called a string trimmer or weed wacker, or, in less dramatic cases, loppers or secateurs. Another option would of course be to use a herbicide. What is a herbicide? A herbicide is a chemical designed to kill plants, and there are many different formulations available. Selective herbicides interfere with the growth of certain weeds, like broad-leaved weeds in a lawn without killing the lawn itself. Non-selective herbicides kill all plants and can be in contact form, killing off parts of the plant they are directly applied to. Usually they are fast acting too. Non-selective herbicides can also be systemic, which means they are absorbed into the plant either via the roots or the leaf surface. They then move through the plant, shutting down all the functions of the plant. These are slow acting. It is therefore very important to identify the weeds to be curbed with these products, and to make sure you read the information on the package very carefully.

While you may think it is logical to dispose of weeds on a compost heap, this can be problematic. If you can manage to heat up the compost heap to kill off weed seed, all good. But it is a better idea to stuff all pulled-up weeds in a black plastic bag with no air holes in it, and then leave the bag in the sun to fry for a while, to be positive that these pesky things won’t be able to regenerate themselves.

Did you know that many weeds are edible, and some urbanites will actually go foraging for them? It is said that they are high in vitamins and nutrients, and quite delicious in salads and stews. Common weeds like dandelions, nettles, wood sorrel, sheep sorrel, wild brassica, chickweed and purslane can be eaten. But, just as with wild mushroom gathering, it is recommended that you know how to identify weeds correctly before you eat them!