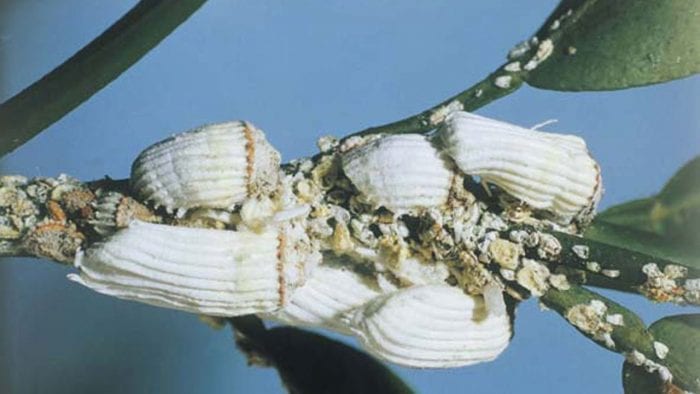 The Mealybug is a tiny oval-shaped insect that feeds on plant material and will infect most of the host plant if not controlled. You will usually find the tiny insects on the underside of leaves and stems and they can be identified by the white powder coating that look like many legs.

They suck on the plant juices and then excrete a honeydew substance that ants are attracted to, so look out for ants too. Once infection sets in, the leaves of the plant usually turn yellow and wilt and if not controlled the plant will eventually die.

These little pests are more often found in warmer growing climates and will affect ornamentals, houseplants and edibles like avocados and many other fruits. Natural predators include ladybirds and lacewings.

Products on the Market for Controlling Mealybug on Edibles