Home » The Gardener » Moving your roses 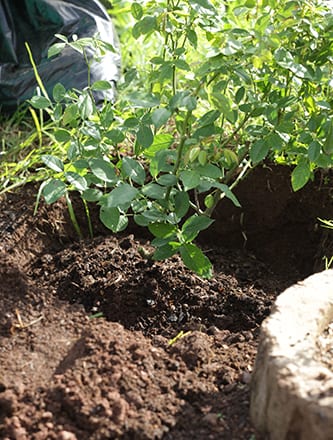 Moving roses? This is the month to do it!

Garden plants always seem to find themselves in the wrong place, and roses are no exception. Not only do gardens change as they grow, we also like to change them and that usually has a ripple effect throughout the garden. This is the month to make the big moves. That’s because the roses are no longer actively growing so there is less stress when the roots are disturbed. Even so, the less one disturbs the roots the more successful the relocation will be.

Roses and Poppies are wonderful winter and spring companions. Plant the poppies between the roses, and after pruning the poppies will fill the bare space. What’s nice about poppies is that the slender stems and low leafy growth doesn’t compete with the new rose growth or shade it from the sun. By October the poppies are past their best and can be pulled out, leaving the roses to steal the show.

If you can’t transplant the rose immediately, put it in the shade or in a shed covered by wet sacking.