Home » The Gardener » Life After the Knysna Fires 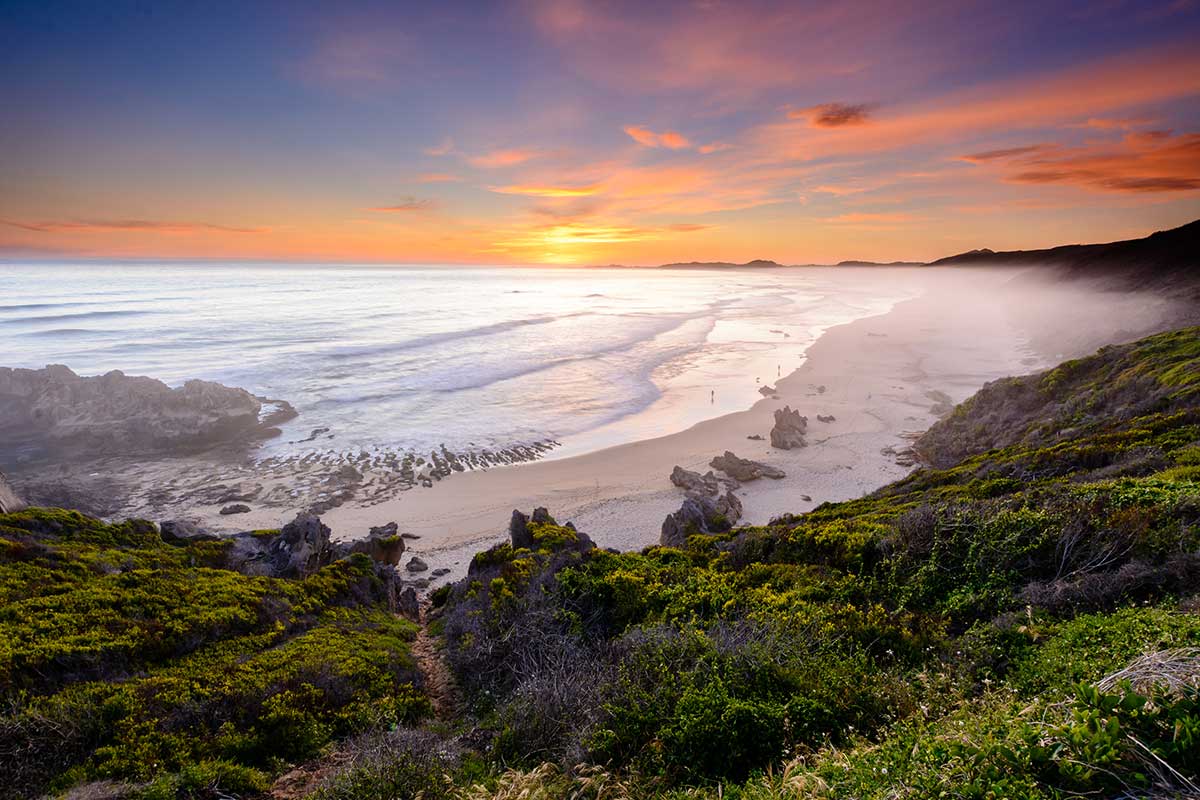 In gardening, and in life, we often have to contend with severe forces of nature. Lately we have been faced with long periods of drought, and with climate change many of our regions have had to adapt in the way we approach gardening. These changes happen gradually, but when we are faced with instant unexpected devastation – the Knysna fires – humanity has to overcome and join hands.

Where lives are lost, properties destroyed and lifelong memories fade to ash, it is an emotional mountain to transcend.

In June 2017 a fire swept through our country’s scenic greater Knysna area. The nation looked on as families lost loved ones and homes were burnt to the ground, and the flora of the Knysna area disappeared under the flames.

The Knysna fires was a tragedy that few of us onlookers can ever fully comprehend, and for some life was irrevocably changed. 77 000 people were affected. It is not a miracle that people recover after such devastation, but a choice, and the people of Knysna and surrounding areas made that choice, slowly turning the tragedy into a triumph of perseverance.

A quote by Nelson Mandela comes to mind, ‘Do not judge me by my success, but by how many times I fell down and got back up again’. Many of the locals adopted this attitude and started the repair of lives, two of whom are remarkable local residents Jayne Brink and Gina Potgieter. They created The Seed Shop project, where donated items were thoughtfully displayed in their retail spaces.

People impacted were then allowed to ‘shop’ for what they needed, and with the residual funds from this venture they were able to build a ‘Reflection Seed Pod’ in memory of the Knysna fires. The design is based on a seedpod, inspired by the overwhelming emotion of the initial tragedy, and then the more important spirited response from Knysna residents, giving birth to encouragement.

Another remarkable story from the Knysna fires

An Eastford Country Estate resident who didn’t share her name said: “I envisioned a park and got chatting to likeminded people. In two ticks, a friend who runs a travel agency spoke to her clients, and those kind Australians and Americans sent a huge donation for us to plant up our estate.

We were able to employ gardeners who had lost their jobs and we got going. The gardeners, young and strong, cleared the ground of sticks and rubbish, planted a semi-circle of Cape honeysuckle, confetti bushes and aloes, and started finding grass runners for the lawn.

Meanwhile, I collected bricks from every burnt house that was demolished, to create a spiral in the grass, designed around the Fibonacci sequence that forms the Golden Mean. People who heard of the project donated plants – agapanthus came by the truckload, strelitzias were brought to us, and one friend brought five boxes of succulents.

Small trees and shrubs also came our way, and they are growing beautifully in the soil made rich by the ash.” Nowhere was the rebirth after the fire more evident than in the Pledge Nature Reserve, where ten hectares of forest, fynbos, ponds and streams was home to more that 300 noted plant species and 100 species of birds. Within two weeks of the event, pioneer species like the keurboom (Virgilia divaricata) were showing their first leaves. Fungi and mosses also gave a show – Pisolithus arrhizus has recently been spotted on the base of some burnt trees. This is known to be a powerful mychorrhizal fungus that stimulates growth in plants.

The first insects arrived, and the bird life started returning. Slowly the wildlife has emerged, and the porcupines are once again loving the watsonias. In Brenton-on-Sea, a family gave up their retirement to start an initiative where they tackle alien vegetation every Wednesday. Starting on the Brenton wetlands, the Knysna Alien Busters, as the group is known, motivated residents to take the opportunity to help eradicate alien invasive plants as a community.

The words of Stella, another Knysna resident, resonate with me, “We learnt valuable lessons from the Knysna fires. One is that people are way more important than things and buildings. We tried to make sure that everyone was safe, but some were overcome by this tragedy.

One of my staff members, Tim, was separated from his family by the fire and a dam, and he couldn’t swim so couldn’t get to them to help them. So since the fires we have taught Tim to swim and my son is teaching him to drive, so that his family can be helped if there is ever another emergency.”

These are but a couple of pages from the stories that shaped the lives of people in June 2017, all of which speak of endless courage and perseverance, the human spirit and its ability to withstand hardships and rise above all that nature can demand. This is also the tale of plants and their own ability to survive under extreme circumstances, much like us humans.