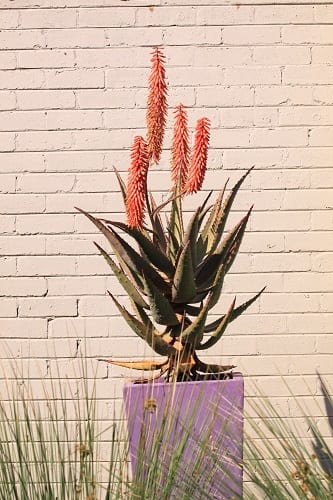 The stately bitter aloe has a crafty way of renewing itself and keeping alive and blooming. The large, succulent, thorny leaves are arranged in a tight rosette around a thick stem that forms a funnel which channels water down to the superficial roots which continuously renew themselves. For every new leaf a corresponding root develops, but if the leaf dies the root remains as an anchor which gives the heavy aloe staying power.