Home » Grow to eat » The Flavours of an Indian Summer 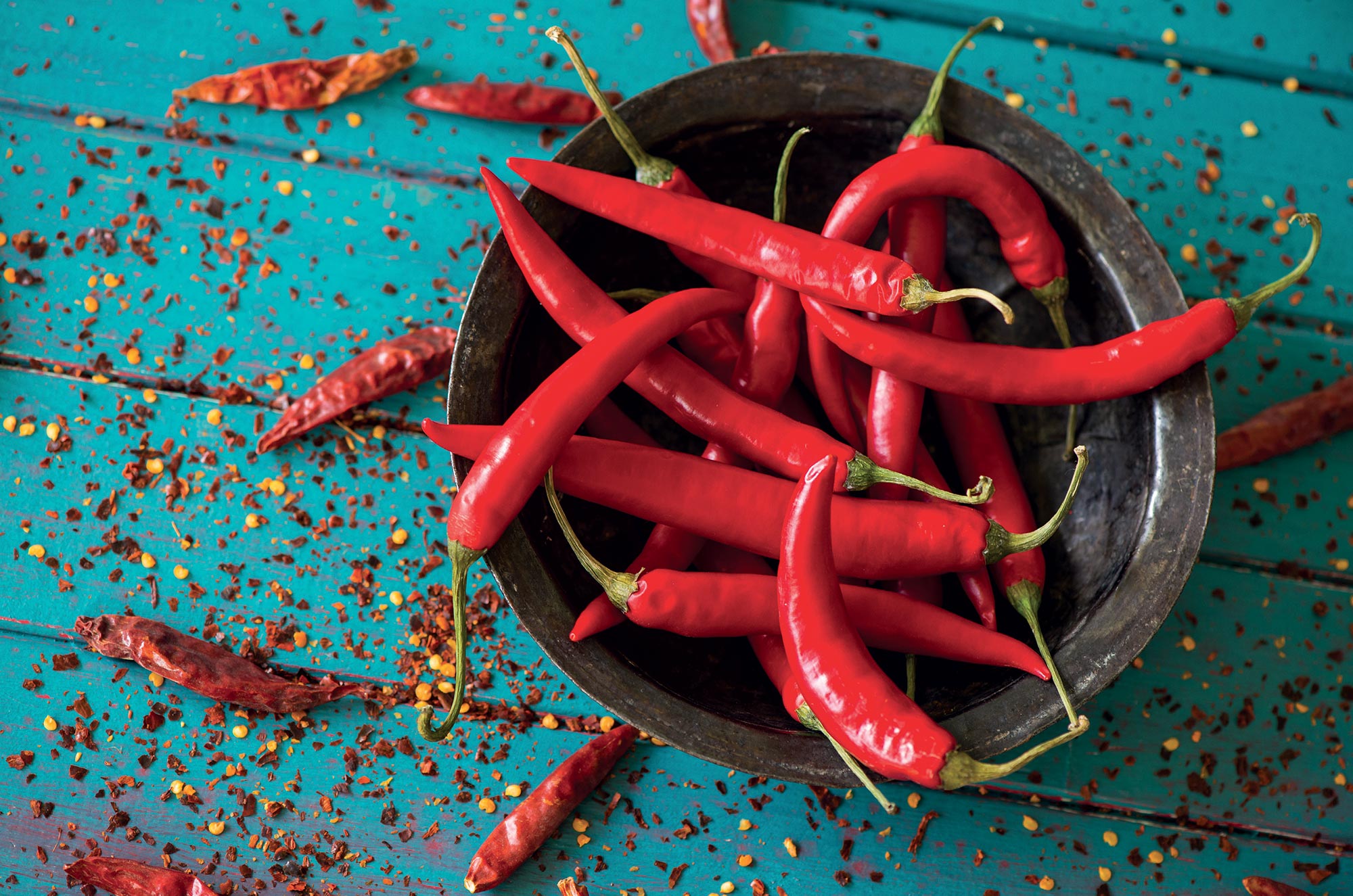 The Flavours of an Indian Summer

Spicy, steamy, exotic, mysterious… there are so many more words that can be used to describe the subcontinent of India, and that applies equally to its cuisine. While this varies from region to region an essential ingredient that is common to all is the chilli pepper.
Described as the queen of Indian cuisine, the dried red pepper (cayenne pepper type) is ground up as a spice, and mixed with other spices like cumin, cardamom, ginger, coriander, garlic, fenugreek and turmeric. This mix, referred to by Westerners as curry powder (the anglicised version of the Tamil word kari, meaning sauce), is used to flavour vegetables or meat with or without a gravy.
Hot green peppers, which have quite a different flavour, are used more like a herb, usually fried in hot oil and cooked up with vegetables and meat, or added to rice.
For more info, get the October 2016 issue of The Gardener Magazine – on sale now!