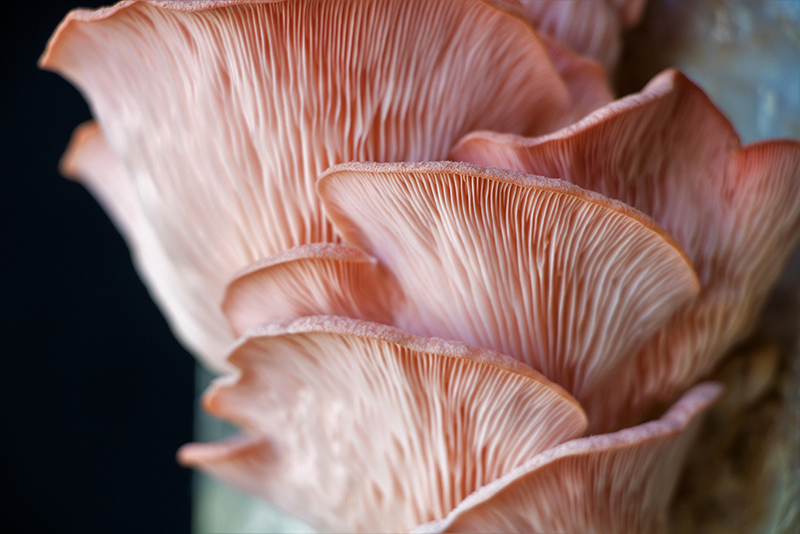 Growing mushrooms – The pearls of the fungi world

There are few things more delectable than a fresh oyster mushroom sauteed in butter with a little garlic. Even I, who claim to not be a fan of anything to do with fungi, battle to refuse a well-cooked oyster mushroom, especially when it is paired with a crispy bit of prosciutto on a fresh rocket salad, or in something warmer and richer for this time of year.

A few years ago the only mushrooms that graced the shelves of Spar were brown or white button ‘shrooms, but these days it is frequently possible to pick up more of a selection of exotic varieties.

The oyster mushroom (Pleurotus ostreatus) is a widespread variety, naturally occurring in the UK, much of mainland Europe, much of Asia including Japan, and even in parts of North America. Because of this, there are recipes in almost every cultural cooking style, including many in Asian cuisines such as Korean, Japanese and Chinese. It is named for its shelllike appearance, which resembles an oyster. Interestingly, the oyster mushroom has been cultivated for only 100 years, and was previously collected in the wild.

There are a number of types of oyster mushrooms, the most commonly available of which is the pearl oyster mushroom. Then there’s the blue oyster mushroom, which starts off dark blue before maturing into more subtle colours. The king oyster mushroom is sometimes called the king trumpet mushroom, and is larger and a different species all together. Golden oysters, Phoenix oysters and pink oysters are basically the same as pearl oysters but have tiny differences in taste and appearance.

The flavour is subtle but savoury, and the texture is delicate, almost velvety when cooked, which combine to make them a wonderful vehicle for flavours. They can be dried, and are almost always eaten cooked either whole or cut or ripped up. They also have a faint liquorice aroma.

The term ‘oyster mushroom’ actually refers to a number of species in the genus, which is why there is variation in their appearance and the climates of their wide distribution. In appearance they are as delicate as their flavour – beautiful arching fan shapes in colours from white to pink and tan, even blue, and can be found growing on wood in temperate or subtropical areas. Some have plain edges while others have more of a frill; some are in clusters of small mushrooms while other’s grow larger but singly, and then there are all sorts in between these extremes.

Most oyster mushrooms available commercially are grown in greenhouses, which is why they are available all year round. They are one of the quickest and easiest mushrooms to grow yourself. If you want to grow them yourself, you will need clean, warm, dimly lit, humid, relatively well ventilated conditions, but more of that later when we show you a step-by-step on growing your own using a complete grow kit.

When buying oyster mushrooms from the shop or harvesting your own, look for ‘shrooms that have a firm springy texture and a uniform colour. Soft spots or patches of dark brown or black indicate that they are past their best. Learn how to grow your own mushrooms with Wild Plum Mushrooms here.

Amazingly, the oyster mushroom is actually one of a very few carnivorous mushrooms. It catches and eats nematodes that venture too close. It is thought that they obtain nitrogen from them.

Oyster mushrooms actually balance the immune system, thanks to the betaglucans that they contain. They’re also packed with antioxidants, which combat free radicals and help to prevent damage to your organs.

Many people in the western world are deficient in vitamin D, which is the vitamin that we get when exposed to sunlight. Very few foods contain vitamin D, but mushrooms grown under UV lights are one of these foods. Vitamin D helps to regulate blood pressure.

Oyster mushrooms contain a number of anti-inflammatory compounds, including ergothioneine and beta-glucans.

Calcium is just one part of building strong bones. Other key building blocks are vitamin D and magnesium, both of which can be added to your diet by eating oyster mushrooms.

They’re a great addition to the healthy eating plan as they are fat free, low in calories, very low in sodium, gluten-free and cholesterol-free. They also contain the good things, and are high in protein and fibre, minerals such as iron, zinc, potassium, calcium, phosphorus and selenium as well as folic acid and vitamins B1, B3, B5, B12, C and D. Oyster mushrooms also contain ergothioneine, an antioxidant produced only by fungi. 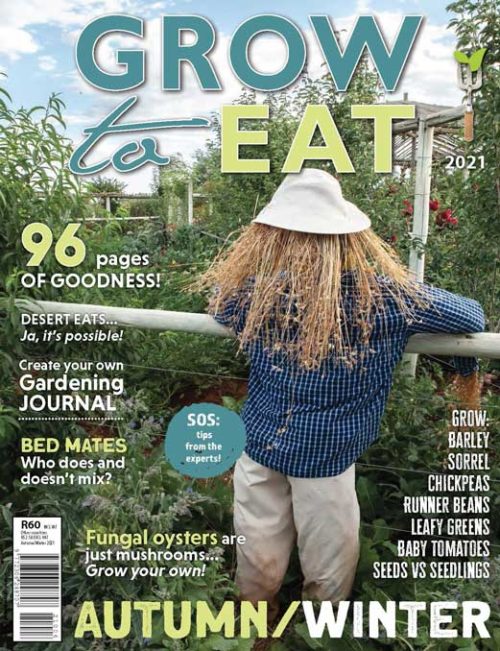 How To Grow Winter Vegetables Successfully

Growing mushrooms – The pearls of the fungi world

Grow your own mushrooms

Ever thought of growing vegetables on your roof?